Trouble started yesterday when the actress shared photos of herself on the set of Judas, a movie produced by Nkechi Blessing.

In an aggressive marketing move, the actress was seen in a very compromising position with co-actor Ninalowo.

While it is understandable Mercy is an actor and would be seen in different roles and characters, she still got bashed for thinking it was necessary for her to show herself in such ‘unholy’ position with a man despite her status as a mother and wife.

When her fans could no longer cope with the photo, she was forced to remove it.

Here is the offensive photo she was asked to remove 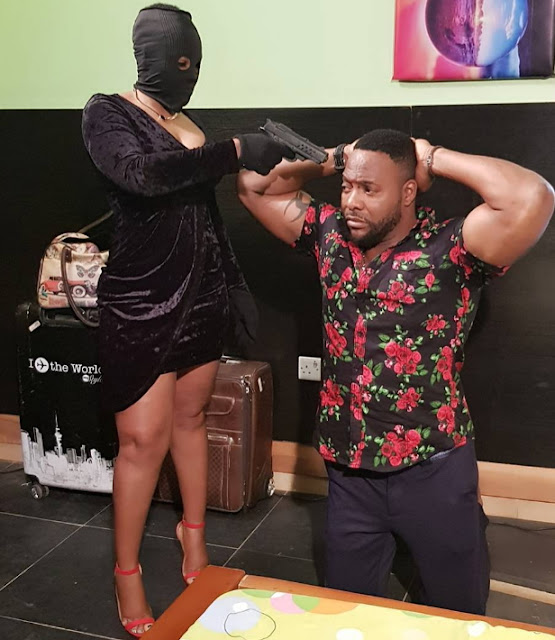 See more comments from her offended fans below 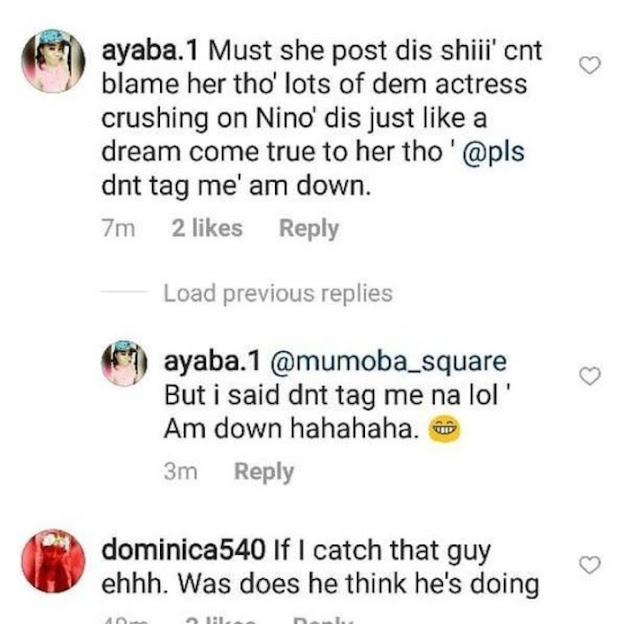 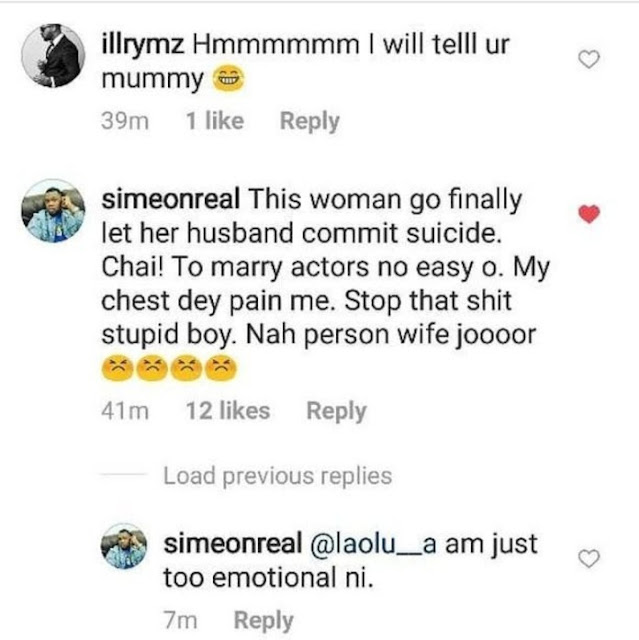 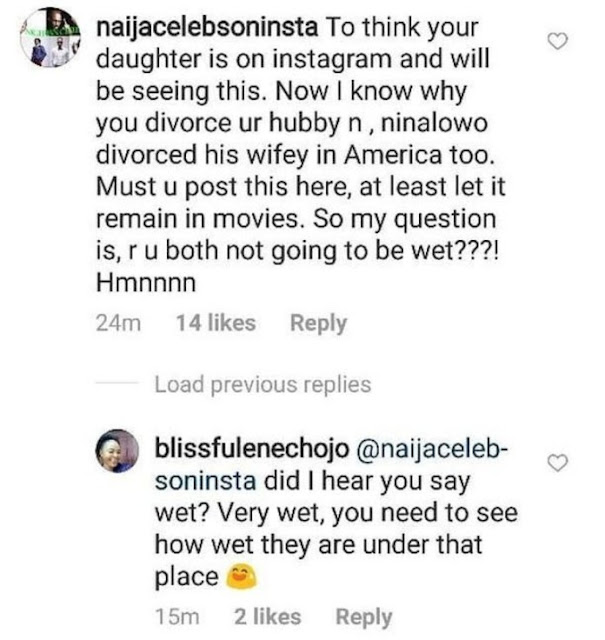