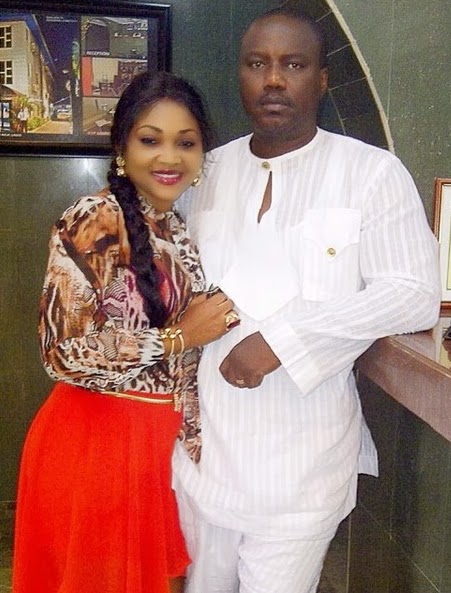 Few hours ago, Mrs Gentry denied the reports that her husband was beaten to stupor by some policemen who attacked him at his hotel in Lagos.

“When I saw the story online, I was laughing because I believe it is the work of some jobless set of people. I see them as joy killers and I don’t know where such a story would have emanated from. They are all lies; the stories were fabricated. Who would beat up my husband? Why? Somebody drew my attention to it and when I saw it, I was shocked because there is no iota of truth in that story. People will always talk. Even if he has problem with somebody, I am sure they would resolve it; it is business. I don’t think they would resort to physically assaulting themselves. I am sure the person in question is a mature person as my husband. There was never any fracas between my husband and anybody, so I don’t know why people would cook up such stories about him.” 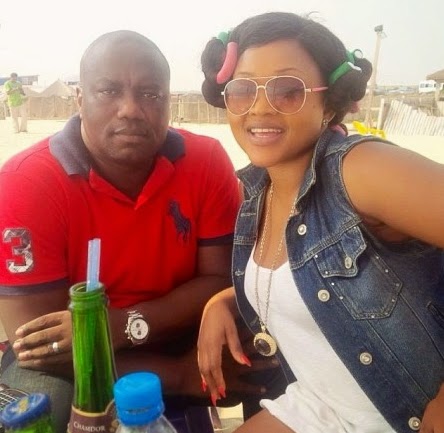 “Most times I pity my husband because I know those stories get to him. I know that those stories are generated because he is married to an actress. When false stories are written about me, they do not bother me but because my husband does not really know about our profession, he has not developed a thick skin and he feels bad reading all these false stories about him. I always have to soothe him and I tell him to take it as a sacrifice for being married to an actress. He does not transfer the aggression towards me, neither does he regret marrying an actress. He loves me hundred per cent.

“When you are popular, if you have the slightest misunderstanding with anybody, they would run to the press to rubbish the person’s image. Maybe some people have scores to settle with my husband because the stories are becoming too consistent. I would just say that if anyone has a grudge against my husband, they should voice out so that it can be settled amicably,”.

Photos: Meet Who Wants To Be A Millionaire Nigeria Latest Winner, Olalowo Olatokun
Patience Ozokwor Mama G: Why My Father Married Many Wives