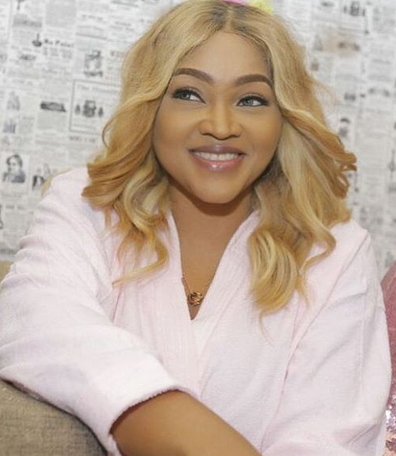 Mercy Aigbe Gentry is currently on the set of a new movie with Mary Remmy, Grace Amah and a few others.

In one of the movie set photos, the mother of two was seen exposing her upper thigh while her colleagues covered themselves properly. 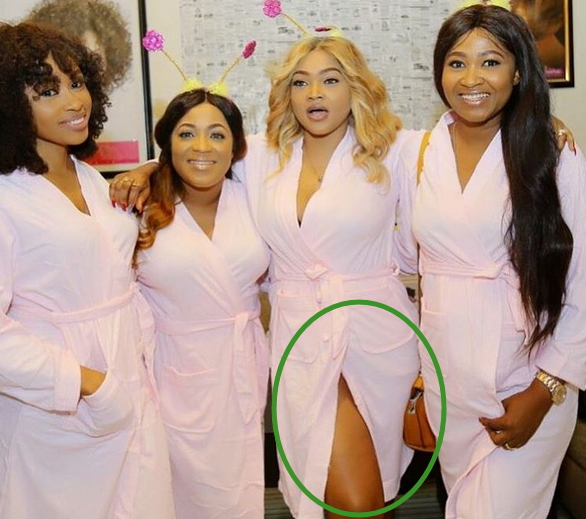 Her fans were quick to point out that she was the only woman exposing her thigh.

She was urged to respect her status as a married woman. 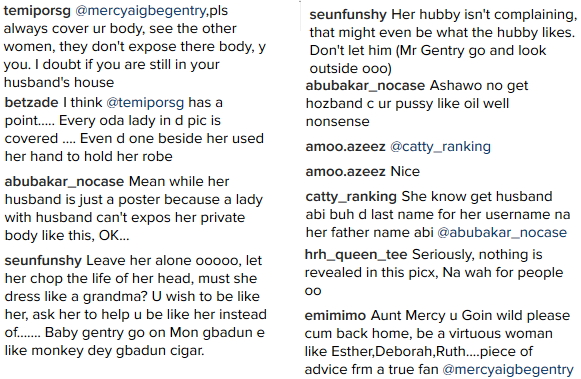 Edo-born Mercy Aigbe once said her wealthy hotelier husband loves to see her in skimpy outfits.