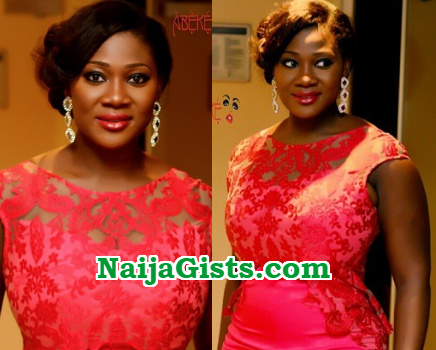 Feb 11, 2017 – Mercy Johnson Okojie: Nobody Can Act My Role In Nollywood, I’m Fearless Because I Know Who I Am

Is Motherhood Slowing You Down

You had just a few outings last year. I’d say yes, motherhood has slowed me down but does it matter? I’d say no. It hasn’t slowed my life down.

In my life with marriage, dealings with people and so on I’ve learnt to appreciate myself first and recognise integrity before I can give it out to any other person.

I know what it means to have a scale of preference and do things in manner of importance. Work has slowed down because I want it to slow down, if I want to leave my home and my kids to go to Asaba for works back to back or stay in Lagos and work like that, it’s not a problem because I get calls every day.

It’s a way of life that I’ve chosen, so if you call me and it’s not convenient for me, I’d just tell you I cannot do it. My kids are in school right now and I have to do the school ‘runs’, wake up to get the kids ready for school, take care of the house, my husband, it’s fun and I love to do it.

If anything just collides with what I’d planned I just let go. If you call me for a movie and it’s convenient I’d just tell my husband, ‘my love I’m going to shoot next week’.

And he’d say ‘sure, you can go’. But if I can’t make it due to one issue or the other having something to do with my husband and/or my kids, I just let it go.

Some celebs have gone on break (for motherhood) and by the time they returned, new kids on the block had taken their place. Don’t you have fear you might lose your place?

I can never lose my place or be displaced by anybody. My name is Mercy Johnson Okojie, I never have such fear. Nollywood is like a family; it’s a large field and nobody can take anybody’s place.

Even though I don’t get to do many films, when I do one, people will know that Mercy has done this. It’s not pride, I’m just saying that I know who I am and I know what I’ve got.

So you can do all the ones you can do and I’ll do the ones I can do. It’s a not a tussle, I’m very comfortable in my space. If I have to do one in three months, it’s fine as long as I have something back home that makes me smile all day.

With marriage and motherhood, when you have one it’s tough let alone having three kids, so I’m doing my own TV show entitled ‘Mercy Marriage and Cooking’.

I came up with the idea after I saw a tweet by ElDee, when he said something about role models and young girls of these days picking Kim Kardashian as a role model when they have people like Ndidi Obioha, Betty Irabor and others doing well in their marriages and career.

When you follow people like these, you sum it up all, you’re like a full package. So I’m going to have them come and do some dishes while we talk about some things that can make their marriages work.

The tweet got to me and I realised that we don’t even have a talk-show that talks about these career realities and nuggets of marriage.

Part of the things that have made my marriage work is that I have a good foundation– I have mother, pastors, and elders who say, ‘Mercy, do it like this, do it like that’.

And then I chose to learn and it has paid off. That’s what prompted the TV show and it’s going to be onair soon. I’ve had some delays just like with any production. After the show comes a short drama on marriage and that’s going to keep me busy for the year.

Aren’t you going to be on location for some other scripts?

I don’t have much time for that now because I’m doing a series for Glo, ‘Professor Johnbull’ and I’m doing one for Africa Magic now which has only just started. In between them I have a few projects to handle too.

Before you married, you took some brazen roles as a very crude village girl but now that city life has impacted you this much, would you still be able to deliver roles requiring you to play a village girl?

I will still play my role that old way but just that I will do it with a lot of caution now. Some of the things I did before I cannot do anymore because I hate to embarrass my husband. Most of the things I did then, so many people didn’t understand that it was acting.

I do my job passionately but even with the passion, I recognise the fact that it’s not pleasant to embarrass my husband.

You’re almost entirely missing on the red carpets, how long do you want to be away?

I love to be on the red carpet, but Angel (daughter) is crawling now and I have to pursue her, is that the kind of thing to leave and go to the red carpet?

Leo Mezie: My Friends Abandoned Me But Nigerians Gave Me Huge Amounts Of Money Anonymously
Kate Henshaw: Why I Agreed To Feature In Kunle Afolayan’s Movie