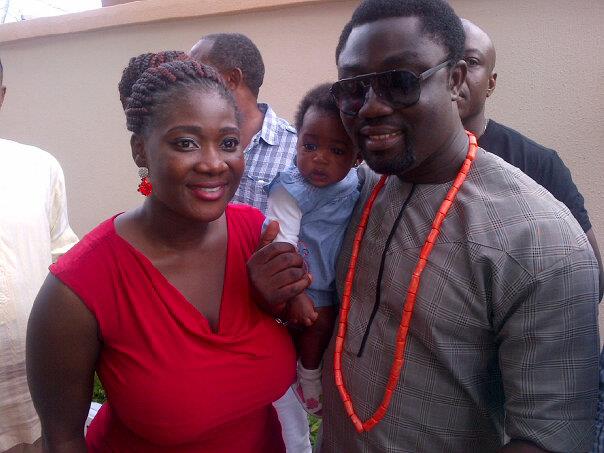 Nollywood actress Mercy Johnson Okojie is back to work. The mother of one resumed official duty this week.

She is currently on a movie set with Elvis Chucks, a Nollywood movie producer and director.

This is Mercy Johnson’s first role since she gave birth in December.

She didn’t forget her fans and supporters who stood by her during her short transition to motherhood.

Read her appreciation message below;

‘I want to say thank you to the fans, friends, colleagues and producers who were there for me. Many of them proved to be friends on and off work. Many adjusted their schedules for me and sent in their greetings during the child dedication. I resumed work this week with grateful heart and understanding that I am here because God through the help of people made it possible. Or how could I explain the overwhelming votes I got at AMVCA despite been away and inactivity on social media? How could I explain the numbers of producers and scripts waiting for my return? How could I explain the overwhelming love and gifts while I was away? I am very grateful and here to say a big thank you to everyone who played a role and those who as much as had good wishes in their hearts. Thank you and God bless you’