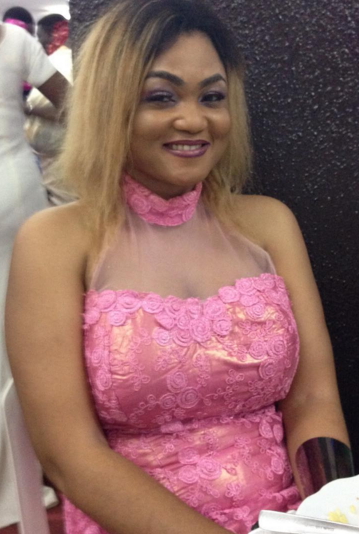 Mercy Salma Aminu joined Nollywood less than a decade ago but she seems to have seen the god,bad and ugly sides of Nollywood.

In a recent chat with Tony Ogaga and Uche Nneka, the UNIABU English graduate opens up on her career, dreams and how she narrowly escaped rape.

Let’s talk about growing up, how many are you in the family?

How did you come into acting?

Wow! I used to do commercial modeling. There was a day we had a show at Bolingo Hotel, Abuja, and someone just walked up to me, saying he needed me to feature in his movie. I was like ‘wow! I’ve never acted my entire life (laughter). But he’s like ‘I saw your attitude on the runway and you have what it takes to be a successful actress’. That was how I did my first movie acting alongside legendary Sam Loco in 2008. May his gentle soul rest in peace.

Eight years after, how would you describe your experience in Nollywood?

Hmmm… I’ve experienced the good, the bad and the ugly. I had an experience where a director wanted to take advantage of me. Let me just end it there because the details are not pleasant. But I must confess that the general impres­sion that the industry is a place where you see all manners of dirty stuff flying around is probably true. But I think it applies to people who don’t know their onions, because we have a lot of talented people in the industry.

So, how did you react when it happened?

I was mad at him. At first, I was going to keep it to myself but I was like ‘no, this could have ended in rape if it had happened’. It was a terrible experience. I think that was one of the things that made me stay back for a while as far as acting is concerned. But I had to come back and was like ‘if this is happening in the movie industry, it can happen anywhere. If I can’t stand this here, I won’t be able to stand my ground anywhere else’.

You stood your ground?

Yea, I had a terrible fight with him. The next day, he vic­timised me on set. He kept cutting the shots and making me repeat my lines, and it set me back emotionally. He was try­ing to break my confidence. Eventually, we couldn’t shoot so I rushed to my room and cried my eyes out. However, it was my first movie and I eventually got to act my role till the end and it came out well.

Are you friends today?

You’re a pretty girl; tell us about the man in your life?

Oh my God! Okay, let me answer. I had a relationship and it’s just ended. But I’m trying to build one now.

What led to the break up?

I love to be respected. I respect you and I expect that you respect me in return. You’re into my business and I want to be into your business. He relocated out of the country without letting me know, but when he finally settled down, he wanted me to relocate as well. The annoying thing was that he’s a movie director. He can direct from anywhere in the world because he is already known, but as for me, I can’t; I have to stay here and build my brand. He didn’t bother to plan with me and when he traveled, he started working my papers so I could join him, and I’m like ‘hello, things are not done that way. You didn’t put me into your plans; you didn’t even ask me if I’m okay with it’. It didn’t just go down well with me, and besides, I was facing a couple of chal­lenges, so we just packed it up.

Buhari Is Persecuting Me For Standing Up For Biafra – Nnamdi Kanu Cries Out
Tears Of A King Nollywood Movie: Fred Leonard, Joyce Kalu, Chiwetalu Agu On Set In Owerri Imo