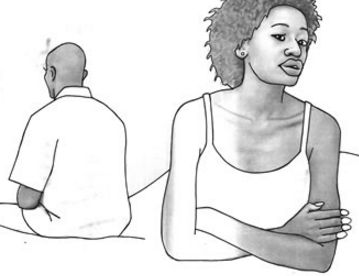 A man identified as Alaba Aribisala, has asked an Ado-Ekiti Customary Court in Ekiti State to dissolve his five-year-old marriage to his wife, Adenike, on the grounds of lack of care.

60-year-old Aribisala, who lives at 13, Egbewa Street, Temidire Quarters, Ado-Ekiti, told the court since 2012 when he started living with the respondent, she had shown him no love.

He alleged Adenike often prepared food for their twins and refused to provide his meal.

The petitioner also alleged the respondent did not clean the house or washed his clothes.

Aribisala, an elder at Mountain of Fire and Miracle Ministries (MFM), said whenever he corrected the respondent on her negative attitude, she would curse him.

He told the court he no longer loved the respondent and urged it to dissolve the union.

The petitioner urged the court to award custody of their two children to the respondent because the twins are just four years old.

Aribisala said he would provide N3,000 as monthly feeding allowance and would be cater for their education.

Adenike, 37, a tailor, denied the allegations.

She told the court that when she met the petitioner in 2012, she agreed to marry him and he rented a two-bedroom apartment and they were living comfortably.