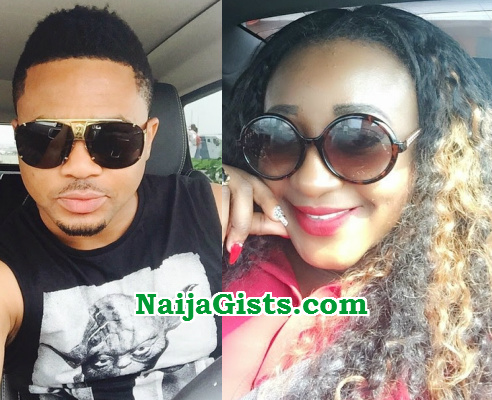 Budding Nollywood actor Mike Godson in a recent interview with TS Weekender talked about his ex-girlfriend and why their romance ended. He also talked about his rumoured affair with Ini Edo among other issues.

What’s your mum’s advice that you won’t forget in a hurry?

‘Be careful of women.’ She would always want her son to be good and in safe hands. She doesn’t want me to fall into wrong hands.

Was it rough for you as a new actor?

It all boils down to hard work. If you work hard, things would be less difficult.  When I started, it wasn’t easy. I had to start from the scratch, remain humble to get to the top. Some people envy me because they believe I just got in and suddenly becomes famous.  I owe it all to the grace of God.

People see you as a tough and arrogant one, are you?

No, I am not. But people always see me from afar and jump to that conclusion. Humility comes from the inside. You don’t judge a book by its cover. I think people should learn to go close to someone before judging. I am not proud or arrogant but I am very private person.

If you are caught in the middle of nowhere, what are the three things you can’t stay without?

My phone, food and water and I am good to go. I’m a private person, I don’t really like going out.

What has stardom robbed you?

My freedom. People would always want to see you cheerful and all smiles because you are an actor. The better part of me has been taken away by my acting career.

How do you deal with female fans?

A lot of people see me as a ladies man, but I don’t see myself as a ladies man. It hasn’t been easy though trying to deal with the female fans. Some of them even cross the lines. I am very cool and friendly person, but I know where to draw the line.

What do you do in your spare time?

I love to watch movies and read lots of books.

So no time for your girlfriend too?

Erm…. (Laughs). Presently, I am not in any relationship. I just broke up with my ex; so I am alone right now. It has been easy to jump into another relationship.

How long has it been?

It’s almost a year since we parted ways.

So how do you cope sexually?

I have lots of friends, but I am not into any serious relationship right now.

You mean ‘friends with benefit’?

(Laughs). Well, you can call it whatever you want, but I am not into any serious relationship right now.

Did you really suffer a heartbreak that made you unable to love again?

She didn’t really break my heart. We just parted ways amicably. We couldn’t handle each other; so we had to split. She was a very nice person. I like her a lot, but she wanted to get married, but I wasn’t ready at that time.

Have you ever cried for love?

So what could make you shed tears?

I am very scared of failure. I don’t want to be seen an unsuccessful guy. I don’t see myself failing, so I don’t think I have shed tears over anything. But when my father passed on, I cried. I believe that’s a different kind of tears. My father died about eight years ago.  His death was one of the toughest times in my life. After he died, lots of things changed. I was forced to become more independent.

What’s your idea of an ideal woman?

I have a very big eye when it comes to women. My taste is huge when it has to do with women. I love pretty women, very intelligent, tall, sexy, God-fearing, hardworking, then very beautiful.

Ini Edo seems to have all the features you mentioned. What happened to your relationship with her?

Ini is just my friend and my senior colleague. I have lots of respect for her. Those pictures were actually movie pictures. 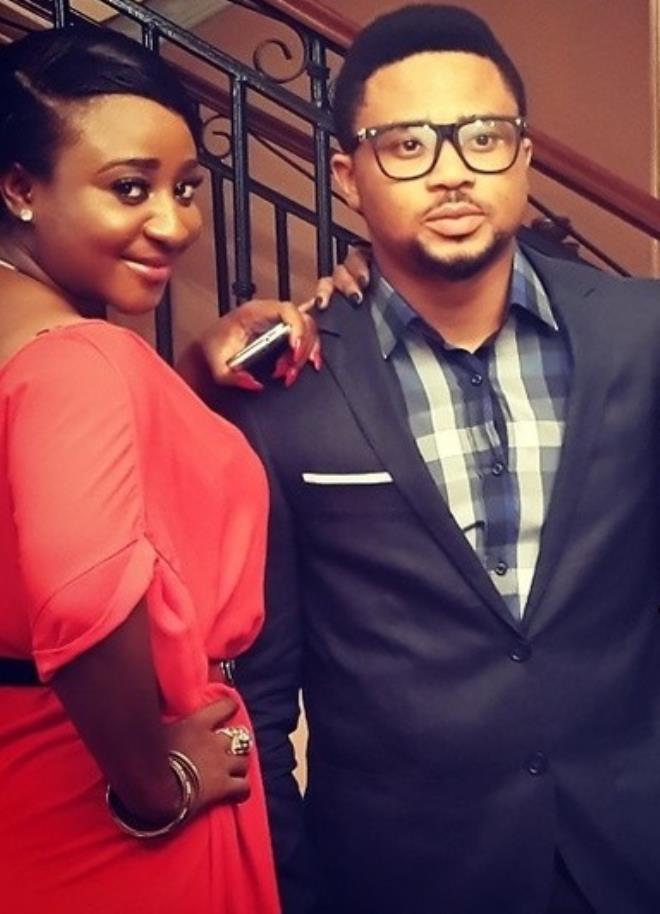 So how did it get online and went viral?

I don’t know. There are enemies everywhere. I don’t know how those pictures leaked.

When is the movie coming out?

I don’t know about that. I am not the producer. But I’m sure it would be out very soon. Those pictures were taken on a movie set; that’s the honest truth.

So are you saying the future holds nothing for both of you?

She is my friend and senior colleague; that’s all. I don’t think there is something more than that.

Can you marry or date an older lover?

Well, it depends on the situation. Why not, after all age is just a number. Once there is love and understanding and they both respect themselves, I see no big deal in marrying an older woman.

What would you wish to change about yourself?

I want God to give me more wisdom to deal with women. Because they are so complicated. Women have really dealt with me (laughs). Women are meant to be loved and cherished not understood.

Ooni Of Ife, Sijuwade’s Corpse Moved Into Ogboni Temple Inside Palace by Isoro Cult Members
Husband Sues Ugly Wife In Algeria, Mistakes Her For A Thief After Seeing Her Without Makeup