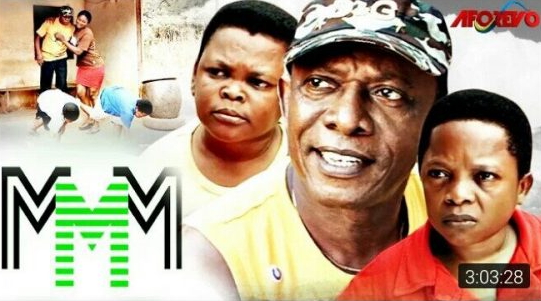 After December 13 that Nigeria new bank and exchange portal, MMM froze the accounts of Nigerians, the nation had been under panic with most people and media saying the accounts has not just been frozen, but have also crashed with monies gone.

Although we still have some faithful believers of this scheme who believe the accounts will be restored come January 14th as promised by Mavrodi, the founder of MMM.

Well, as we wait for the accounts to “Unfreeze”, Nollywood has done what people have been expecting for a while, they have released a movie “MMM Don Crash”.

To say Nigerians have not been waiting for the movie would be a lie, but the movie coming out with the greatest mischief duo, Aki and Pawpaw, is one that promises to not just sell fast, but to also relief the tension as people wait for January 14.

I don’t know about you, but i’m definitely going to see this movie and laugh myself off. Did I mention it also features Nkem owoh a.K.a Osuofia? More reasons you shouldn’t miss it!