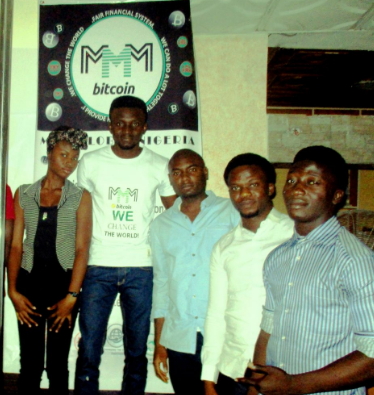 Some faceless individuals who identified themselves as MMM Nigeria Guiders have released a press statement to calm down the nerve of Nigerians who invested over N32billion in the viral money doubling ponzi scheme called MMM.

The agents who claimed that participants account will grow with a 50% more benefit urge participants to not lose hope as the crashed system will be restored on the 14th of January 2017.

Here is the press statement: 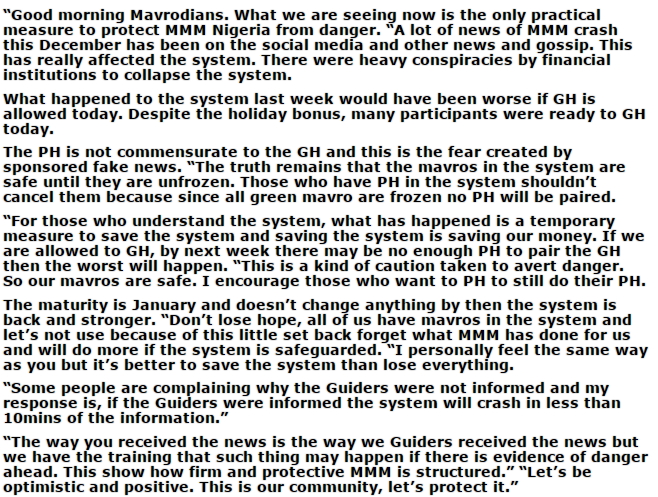 This message was sent out by MMM Nigeria Guiders who identified themselves as Guider DonVal Amaechi and Guider Philip Awazi.

The initial growth promised was 30% but now they have added another 20% on top for the frozen period. It is very unbelievable.

South Africa-based Pastor Mbanefo who recently denied ownership of the Ponzi scheme is the genuine founder of MMM Nigeria which is totally different from the global MMM that has been banned in developed countries.

An unconfirmed source claimed that he invested N8million into the system which has earned him over N32billion.

January 14 is just around the corner, let’s keep our fingers crossed.