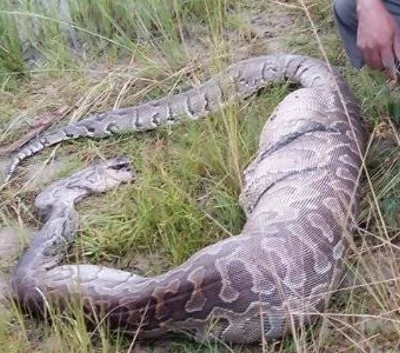 Check out the rival photos of a python which died shortly after swallowing a big dog in Warri Delta State.

According to an eyewitness, the python’s last meal, a dog caused his belly to swell beyond proportion.

While the snake was trying to squeeze himself through the fence, he got stuck on iron rods for several hours. The rods reportedly ripped though his belly, killing him on the spot.

The eyewitness who saw the reptile took these photos and shared it on the social media to warn people against greed especially in the wake of money doubling scheme, MMM crash in Nigeria. 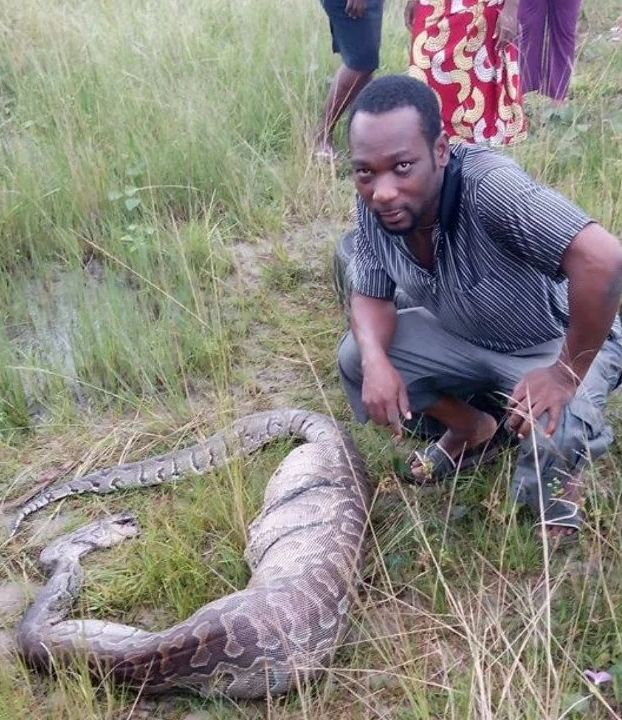 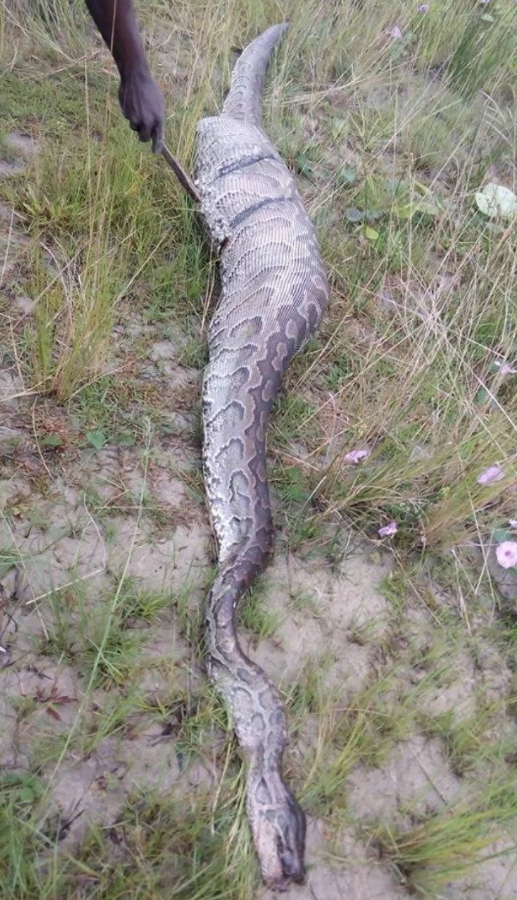