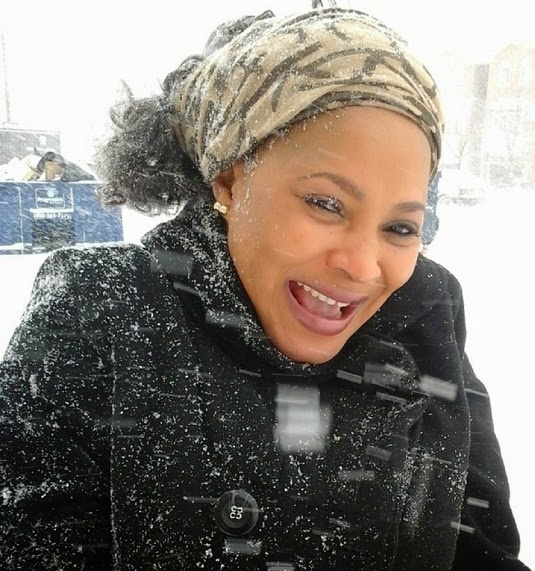 The actress in question is Moji Olaiya, the daughter of highlife music legend Dr Victor Olaiya.

In a recent chat with Encomium, Moji Olaiya said her mother was an Alhaja before converting to Christianity when she married her father.

The actress alleged that Christians pray to God only through pastor and that in her newly found religion, they pray to Allah directly without going to any cleric.

She further alleged that Islam is a peaceful religion.

Read what she told Encomium:

“Honestly, Islam is a peaceful religion. The aspect I love most is that you don’t need any pastor to get closer to God. You don’t really need anybody to pray for you. You can always pray on your own and Almighty Allah will answer your prayer without any intermediary. I have been doing that since I became a Muslim and it has always worked for me. ”
“That is the problem I have with people. When you say you are doing something, they believe a man must be responsible for it. No man influenced my decision to identify with Islam. I have just said it, my mother was an Alhaja before she converted to Christianity. Islam has been a religion I have always loved. I have been in-between Christianity and Islam but just recently I decided to embrace Islam fully and there is no regret doing so.”

According to Nollywood sources, several months after moving out of her matrimonial home because her husband cheated on her, she has found love in the heart of a popular Lagos-based Alhaji who is currently married to two other women (one a musician).

A source said Moji has no problem with polygamy since it is openly permitted in Islam.