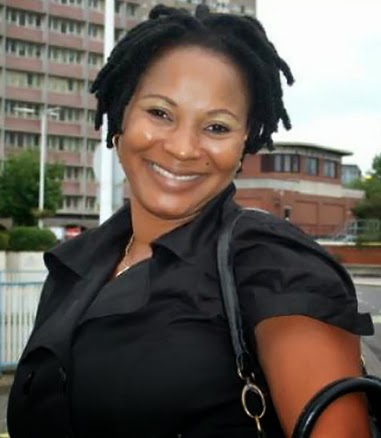 The former husband of veteran singer Victor Olaiya’s daughter has moved on.

Moji Olaiya who packed out of her matrimonial home a while back over domestic abuse can now have some peace of mind since her estranged hubby, Mr Bayo Okesola has decided to move on after several months of abandonment.

Moji reportedly abandoned her husband because of laziness, assault and infidelity.

In a recent interview the actress revealed why she left him.

“One of the reasons I broke up with my husband was because of domestic violence, but I don’t want to go into details of the whole mess. I am not going to hold brief for anybody. If you call two or three people, who knew about our relationship, they will confirm what I am saying. Some men believe they can show their ego by beating their wives,” –  Moji said

After weeks of hide and seek game, Bayo Okesola was spotted with a lady at a function in Lagos. Sources said he might end up marrying the lady if their relationship work out.

Nollywood insiders disclosed that the actress angrily packed out of her hubby’s rented apartment in Omole phase 2 when he impregnated another lady.