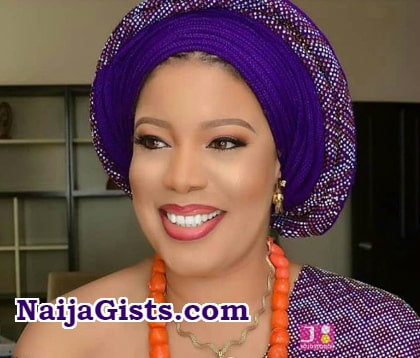 The actress made the rebuttal in a statement released by her lawyers and made available to journalists on Tuesday. (NaijaGists.com)

“Emeka Odikpo & Associates are the Solicitors to Mrs. Monalisa Chinda and on her instructions do hereby issue the following statement: “That Mrs Monalisa Chinda Coker received with rude shock the libellous publication against her of a 6-year tax evasion case.

It is unfortunate that this tendentious and wholly false information has been spread through Social Media and even the formal media against the person and reputation of Monalisa Coker. Mrs Coker hereby states that she has never received any summons whatsoever from Lagos State Internal Revenue Service or from any Court.

Mrs Monalisa Coker hereby formally states that all businesses from which she earns income are based in Portharcourt, Rivers State and that her personal income tax status should be the exclusive preserve of Rivers State Government.

“Mrs Coker further states that it is only her foundation known as Arise Monalisa Foundation that is based in Lekki, Lagos. The said body is a non-profit organization and thus do not pay tax by law.

Mrs Coker states that sometime in 2016, when Lagos Inland Revenue Service, LIRS officials were dropping tax assessments around the premises of Arise Monalisa Foundation at Lekki, Lagos, they visited the premises and were told by the staff that only a non-profit organization was operational there. “They advised that even though the business is non-profit, the head of the outfit should pay some tax based on self-assessment.

Based on the advice, she approached a bank and on self-assessment basis paid N100,000.00 for two years to the LIRS. She has also issued a tax card. (Photocopies of receipts and card attached for ease of reference) “Mrs Monalisa Coker hereby restates for emphasis that Rivers State Government is the appropriate body that she is compelled by law to make income tax returns to.

She has therefore instructed her lawyers and Tax Consultants to approach Lagos State Inland Revenue Service with this information for necessary clearance.

Here is the tax receipt attached to the above publication. 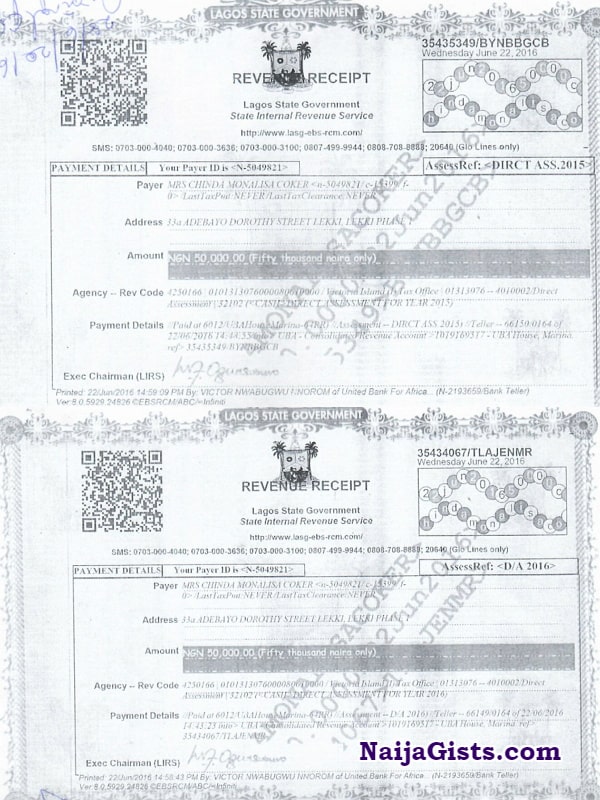