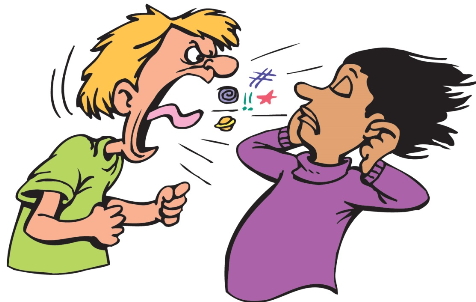 One of the greatest personal development coaches, Zig Ziglar once said, “Some people find fault like there is a reward for it”. It is humorous to know that some people’s ‘profession’ is fault-finding! I am putting it straight to you, yes you! Is finding fault your profession? We have them all around; they can be in your work place, neigbourhood, churches, family, school etc. They have a keen eye for faults and are psychologically blinded to the ‘goods’ in others. They have insatiable appetite for fault finding. It is interesting to know that ‘Blamestorming’ is in the dictionary. The definition is actually worthy of emphasis: “A meeting, usually corporate or governmental, to decide who should be blamed for the incompetence of the organization itself”.

Some people talk as if they are flawless. We are all expected and advised to work towards perfection but it can be so sapping if we abusively demand perfection from others. Some people go around judging and criticizing others with their own set of standards. The most malignant ones can make you believe you are unworthy and even unlovable. It is an emphatic truth that you can’t heal yourself by wounding another.

Many relationships and marriages would have matured to fruition if the other person was not a fault-finder. Baylor Barbee said, “Relationships fail because people take their own insecurities and try and twist them into their partner’s flaws”. It is good to have high expectation of others but it must be complementarily healthy or else our expectation will ultimately destroy those people that we truly love. Unhealthy expectation strains marriage and relationships. It makes others look as if they are incapable. We must allow people to grow at their own pace.

It is ironic to know that most times, fault-finders are actually part of the problem. Even, most times they are the problem.  In fact, some fault-finders have problems for every solution!  They always believe that their problems are not their fault and always see themselves as victims of life situations. They believe strongly that someone or something is responsible for their predicament. They are not capable of being honest with themselves and accepting responsibility for their lives.

Henry Ford, the acclaimed father of modern automobile had his own share of blame-storming when he forgot to put a reverse gear in his very first car! The outrage was so much to the extent that the great innovator carved out a quote to redirect his ‘assailants’. Ford said, “Don’t find fault; find a remedy”. Blame-storming is using our creative abilities to come up with reasons why something is not our fault. This creates an emotional roadblock to healthy living and saps us emotionally. While brainstorming put a demand on our creative and innovative abilities, the result of blame-storming has always been destructive and deflative. Most times the only visible outcome of blame-storming has been resentment.

Brainstorming attacks the problem by evolving viable solution while blame-storming evades the problem and attacks the person! Blame-storming kills initiative and reduces people’s morale. I have come to realize that when we truly brainstorm, we will have less time to blamestorm! Blamestorming has destroyed countless relationships, organizations, partnerships, businesses, families and marriages. Whether in the work place, at home, in church; we must create an environment that disallows blame-storming. We must inculcate the culture of brainstorming.

Even God believes so much in brainstorming as it is stated in Isaiah 1:18: “Come now, and let us reason together, saith the Lord”. God enjoys the company of people that brainstorms; it is the culture in heaven. People that will go far and fast in life are those that believe in the efficacy of brainstorming. Blame-storming depletes heaven’s resources at our disposal while brainstorming opens our eyes to heaven’s provisions.

When we create an atmosphere that allows and accommodate making mistakes and growing from it, great innovations are born. My lead story today is all about the way and manner that Procter and Gamble was launched to limelight in the most amazing of ways. It is amazing how an act of mistake can launch a company into global limelight. One of the products that launched Procter and Gamble into unprecedented limelight is the Ivory soap.

In 1878, an employee of P&G went for a launch break and forgot to turn off the equipment that was mixing the soap. On his return, he realized that his great blunder had trapped so many air bubbles into the soap mixture. In a bid to hide his error from his employer, he quickly poured the mixture into frames, allowed it to dry, cut and packaged, and his ‘error soaps’ were shipped.

A few weeks later, the company began receiving letters from customers asking for more orders of the magic soap that floated. When appreciative letters began to come in about the new initiative of a floating soap, the management started investigating whose idea it was! The man responsible for this was called up and asked to tell the management what he did to produce the magic soap. He told them everything and instead of getting a sack letter, he was given an unimaginable pay rise and promotion for his ‘error’. Instead of being fired, it was his salary that was fired up!

P&G ordered the extended mix time as a standard procedure! Most of the orders were actually coming from factory workers. The reason being that the workers normally wash-up themselves inside vats of standing water which gradually becomes murky with time. To the workers, bars of soap that floated were easier to find when dropped. Through brainstorming, a manufacturing mistake led to a great opportunity: the creation of Ivory Soap. Ivory’s first slogan “it floats!” was introduced in 1891. P&G is sometimes called “Ivory Towers” and its factory and research center in St. Bernard, Ohio, is named “Ivory dale”. Sometimes, greatness is found in the unusual of places-in our errors!

Albert Einstein said, “Anyone who has never made a mistake has never tried anything new”. When we blamestorm, we ultimately kill people’s ability to innovate. Mistakes and errors can become spring board to greater height if we take ample time to brainstorm instead of blame-storming on them. Henry Ford said, “Failure is simply an opportunity to begin again, this time more intelligently. We are not perfect, we have flaws and we make mistakes, these characteristics do not make us worthless, they make us worthy. Mistakes are integral part of the learning process.

Mahatma Gandi said, “Freedom is not worth having if it does not include the freedom to make mistakes”. Whether in relationships, organizations, businesses; we must create the atmosphere for people to make mistakes and learn from it. The consoling truth is that mistakes are the only infallible evidence that we are human!

Choose your ‘inner circle’ very well. There are some people that are just looking for ‘dumping points’ to heap blames on others. Some people derive pleasure by throwing blame parties all around. Putting the blame on others won’t solve the problem. The more time we spend on apportioning blame, the lesser the time we have for solving the real problem.

Great inventors brainstorm. One of the greatest inventors that ever lived, Thomas Alva Edison, believed that inventions and researches could be best accomplished by great minds working together. Over 20 different inventors had been working to solve the problem of lighting a room before Edison but none of them solved it as they worked independently. His innovations were generated through focused approaches to teamwork, collaboration and brainstorming. He had the ability to bring together individual from diverse disciplines, ensuring multiple perspectives and rapid problem solving. He strongly believed that problems cannot endure the power of synergy coupled with sustained and persistent thinking. In all, Thomas Edison accomplished about 1,093 U.S. patents through collaboration. For Thomas Edison, energy is great but synergy is awesome.

Ken Blanchard said, “People who feel good about themselves produce good results”. As parents, leaders and entrepreneurs, we must learn to appreciate and affirm people’s worth. This will help them give their best. Stop the blame game and invest more in helping people be the best version of themselves. John C. Maxwell said, “What we appreciate, appreciates”.

Napoleon Bonaparte said, “A leader is a dealer in hope”. The true essence of leadership is in firing up people’s morale to achieve common and audacious goals. CEO simply means Chief Encouragement Officer! A CEO must create the platform for brainstorming and not blame-storming. We must learn to tap into the power of unified thinking; none of us is as smart as all of us. John Wooden said, “It is amazing how much can be accomplished if no one cares who get the credit”.

QUOTE OF THE WEEK: “Don’t ruin other people’s happiness just because you can’t find your own”-Anonymous

Continue Reading
You may also like...
Related Topics:blame storm, brainstorm