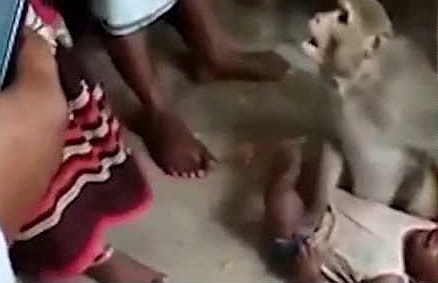 A mild drama recently played out in the quiet village of Karnataka, South West India when a rampaging monkey attempted to kidnap a child.

In the shocking footage making the rounds online, all attempts the villagers made to distract the monkey failed as it became violent.

Moments into the drama, a bold man grabbed the baby boy to safety.

The innocent child was crying while the incident happened.