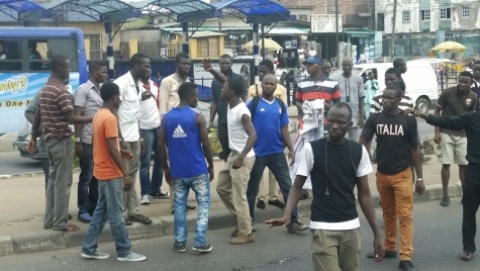 A suspected cultist leader identified as Anarchy was on Tuesday killed by operatives of the Lagos State Police Command.

Anarchy was gunned during a shoot out between the cult group and the police at the Bariga area of the state.

The deceased, who was said to have been on the police wanted list for a long time, allegedly led his gang members to Bariga for a cult war, but were intercepted by policemen.

We gathered that the cult group opened fire on the policemen who retaliated and in the process, Anarchy sustained gunshots injury.

Confirming the development, the state’s Police Commissioner, Fatai Owoseni, said Anarchy died while he was being rushed to the hospital.

He said: “The police got a distress call from Bariga about rival cult groups engaging in superiority battle.

“Some of the cult members were led by Anarchy, a notorious cultist who has been declared wanted and has since gone into hiding.

“The cultists engaged the police in a shootout, but one of them was arrested.

“However, Anarchy suffered gunshots injury and passed on before he got to the hospital.”