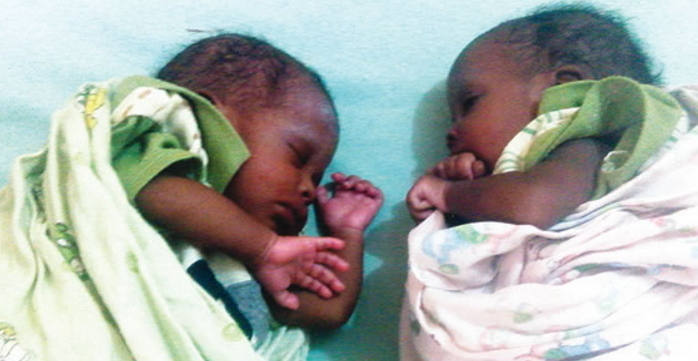 A new mother who abandoned her twins over her husband’s inability to settle her delivery bill has been declared wanted.

The accused identified as Sarah Ademola fled from Felken Maternity Centre in Somolu Lagos on Friday the 16th of December 2016 with the promise that she was going to borrow some money from a Microfinance bank but she is yet to return to the hospital as at the time of this report.

The husband of the accused, Adeyemi Ademola blamed the hospital management for refusing to yield to his appeals to pay by instalment.

Ademola who has since disowned the run away mother of his twin girls said his first wife who is yet to conceive is now taking care of the newborns.

This is what he told reporters yesterday: 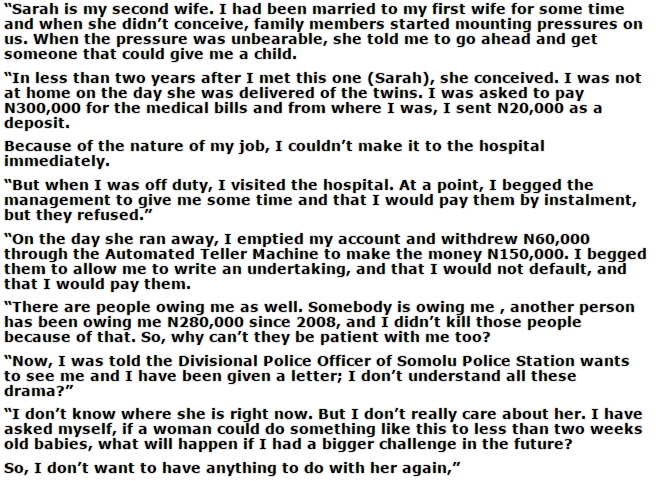