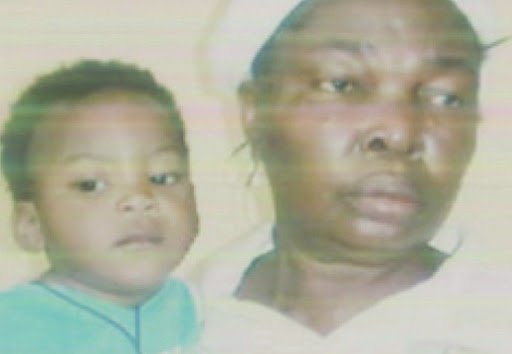 The Imo State Police Command through its Anti-kidnapping Squad has arrested a 50-year old woman, Anne Soronnade who allegedly bought a day-old baby boy for N600,000.

The Imo State Commissioner of Police, Mr Abdulmajid Ali said the suspect ,bought the baby in February, 2013 from one Mrs. Martina Obioha. Obioha who hails from Amume Amajie in Isu Local Government Area of the state is said to run a maternity home.

The mother of the child, one Blessing Ezigbo, Sunday Sun gathered, was said to have been sent out by her parents when they discovered she was pregnant. Ezigbo, according to Ali, later met one Madam Nnenna, who accommodated her and took care of her until she was delivered of the baby. Ali explained that when Ezigbo was delivered of the child, Madam Nnnena requested for N30,000 from her being the charge for taking care of her when she was pregnant.

Madam Nnenna, it was further learnt, took the child from the mother who went back to her parents at Okwuekpe Village in anticipation of raising the money. Before Ezigbo’s return, Nnenna had sold the baby to Mrs Obioha who operates an illegal maternity centre.

Ali further revealed that Soronnade, mother of six girls had deposited the sum of N200,000 with Obioha since December 2012 with a promise to pay the balance when a baby boy was available. Ezigbo’s child eventually ended in her hand.

Ezigbo, Sunday Sun learnt, later reported the case to Imo Security Network, a local security outfit which recovered the child from Soronnade. However, rather than hand the child over to his biological mother, Ali disclosed that the child was returned to the buyer allegedly after more money had changed hands.

Disappointed by the manner the Imo Security Network handled the matter, Ezigbo lodged a fresh complaint with the police, which swung into action and made some arrests. The police anti-kidnapping squad led by Supol Okocha Ndubueze arrested Soronnade and recovered the child after one year and one month while Obioha who sold the child is said to be at large

“We arrested one Chief Emmanuel Nnamani, a co-coordinator of Imo Security Network who was involved in the child trafficking,” Ali said.

The commissioner revealed further that another suspect, one Chief Emmanuel Nwanna was also involved because the report of the missing boy was brought to him at Ihiona Orlu as a co-ordinator of Imo Security Network but he allegedly connived with some other persons and returned the child to Soronnade instead of the complainant.

“Also the investigation revealed that Chief Nwanna collected N300,000 from the suspect, Madam Soronnade before returning the baby to her”, he said, adding that instead of reporting the case to the police, Chief Emmanuel Nwanna decided to hand over the baby boy to the suspect until the police swung into action and arrested the suspect, Anne Soronnade.”

Ali said the police have invited the mother of the child and she had come to the Anti-kidnapping Squad station to identify her child after one year and a month that the baby was sold.

Soronnade , in an interview with Sunday Sun, said, “ I am happily married . I have six girls but I was looking for a boy. I have visited all the motherless baby homes if I could adopt a baby boy but they all turned down my applications.

“My first daughter is 25 years old while my last child is 18 years old. I was desperate to have a baby boy. My husband never quarreled with me because I didn’t give him a male child but I needed a baby boy,” she said.

Soronnade who hails from Amurie Omanze in Isu Local Government Area of Imo State further explained that, “ It is true that I had to pay an advance payment of N200,000 to Madam Martina Obioha who claimed to have a maternity home to get me a baby boy when it was available.

“She sold the child to me in February 2013 after paying the balance. I took the baby home and my husband didn’t complain. I breastfed the baby. I named him Chukwudim. It was one year later that the policemen from Anti-Kidnapping Squad came and arrested me in my house. It is only God that can deliver me from this mess,” she said amid tears.

The victim’s mother narrated her ordeal “I was impregnated by my boyfriend and my parents chased me out. I informed my boyfriend about the pregnancy and he told me to go for abortion. It was during this confusion that I met Madam Nnenna who promised to assist me.

“I stayed in her house throughout the period I was pregnant and I was delivered of a baby boy at Umuaka in Njaba. Madam Nnenna later told me that I would pay her N30,000 for taking care of me and for ante-natal. So, I ran back to my parents to collect some money but before I came back, she had run away with my baby.

CP Ali said that the child would be handed over to the mother of the baby while the suspects would be charged to court. “We will charge the two suspects with child theft at the court while we still go after the prime suspect, Madam Martina Obioha,” Ali said.