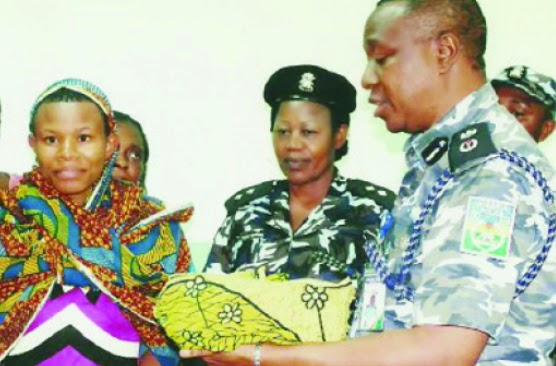 A student of the Federal Polytechnic Nekede, one Vivian Iwuji who gave birth to a baby boy on August 2, 2014 has with the assistance of her boyfriend, one Obinna Ugochukwu sold the baby for the sum of N620,000. However, luck ran out on them as the buyer, one Ehegalara Edwin was arrested by the Anti-Human Trafficking Unit of the Imo State Police Command, Owerri and the baby rescued.

Vivian’s father, Mr Patrick Iwuji told the police that him and his wife were aware that their daughter, Vivian was pregnant. “She told us that she was going to the hospital to deliver and when we visited her, we asked her about the baby. She told us that the baby was dead.

“I didn’t believe her and there was no trace that my daughter’s baby was dead. I had to report to the police. Later the case was transferred to the Anti-Human Trafficking Unit for investigation.

“It was there that my own daughter with her boyfriend confessed that they sold the baby boy in the sum of N620,000 to one Ehegalara Edwin.”

It was a tear of joy on August 11, 2014 at the Police Headquarters, Owerri when the Commissioner of Police, Mr Abdulmajid Ali handed over the baby to Mr. Iwuji.