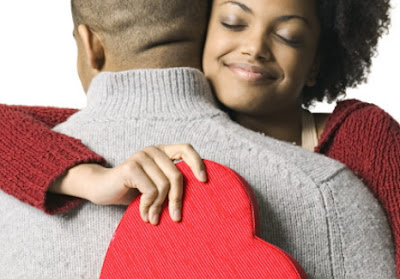 Feb 11, 2018 – Mothers Beware Of Valentine’s Day!! Do Not Allow The Devil To Truncate Your Daughters Destinies

When I was in my fourth form in secondary school, a month to February 14, we would be giddy with excitement, in high anticipation asking each other what gift to expect on Valentine’s Day. It was a norm which eventually turned out to be a competition at school.

Even those who didn’t have anyone to “val” them or buy them gifts usually pretended and saved up to buy themselves gifts from an imaginary boyfriend. It appeared a lot of parents reckoned with that day and approved of their daughters falling in love and having fun on that day because a good number of girls went home with massive cakes and giant cards and returned back to school the next day with tales of how they spent the evening with their boyfriends.

We often heard rumours of some girl or the other in our class even in our circle of friends who just terminated a pregnancy. I always found that very hard to believe because I couldn’t imagine how anyone would dare engage in sexual intercourse at that age. Perhaps because I didn’t want to know anything about it outside Biology class because I didn’t want my father to kill me neither did I want someone-my father who always saluted me as Her Excellency and almost idolise me as he did my other siblings turn his back against me.

That was over 25 years ago. Today, I really just wonder what would be going on in the minds of this generation of teenage girls less than a week to Valentine’s Day. This is a time when most secondary school girls think it’s a taboo to be a virgin. A time when a good number of them feel most desirable and loved as a result of the attention they are getting from their mates (guys) and older men.

Unfortunately, too many parents are the cause of this. When you refuse to pay attention to your daughters and make them feel so special, there are some wolves out there in sheep clothing who are ever ready to do anything to sweep them off their feet and brainwash them into thinking they are doing just the right thing by falling in love with them. Most women have the tendency to fall in love with any man who gives them attention and makes them feel loved least of all these babies who just arrived the world not too long and who have lost all sense of proportion and had their entire existence raped by the world around them.

On February 14, too many girls would become defiled-possibly irreparably. Some girls have promised to allow their boyfriends deflower them to celebrate that day. A lot of girls would have encounters that would be most fatal to their destiny.

Many destinies would be contaminated, polluted and eventually pushed away from the path of God’s divine agenda for them. Sadly, this destiny might be one designed to compensate you for all the troubles you’ve been through raising up that child; it could be a destiny that is designed to rise from mud to mega-glory and shake the world.

But what happens when such a destiny is truncated by the devil through one silly love affair which leads to a disastrous transference of spirit which eventually becomes a yoke which restricts that destiny and makes life very unbearable for that confused child. It’s less than a week to Val’s day.

If you think your child is too innocent and too studious to get involved, you are fooling yourself. If I were you, I’d start “valing” her as soon as I drop this newspaper and prayerfully turn her heart away from the guy who has stylishly captured it. What you consider fun and a way of life could end up robbing you of an unimaginable and incredibly wondrous future. Beware, be wise!

5 thoughts on “Mothers Beware Of Valentines Day!! Do Not Allow The Devil To Truncate Your Daughters Destinies”