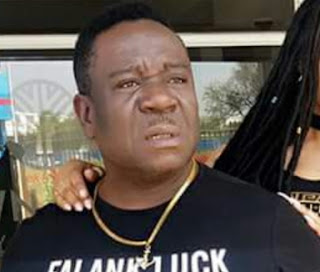 Nollywood actor Mr. John Okafor, a.k.a Mr. Ibu is currently writing a script for a movie highlighting the evils of xenophobia.

Mr Ibu, told newsmen in Johannesburg, South Africa, on Friday that majority of the actors would be South Africans while others would be drawn from Nigeria, Liberia, Kenya, Ghana and Botswana. John Okafor (Mr. Ibu) He said the script of the movie was being written by some gifted writers while planning and pre-production had commenced

. “ I have plans to shoot a film on xenophobia. I will use mainly South African actors who will work with others from Nigeria, Ghana, Liberia, Kenya and Botswana. “ What I want to achieve in the movie is to turn the table around and help in promoting peace on the long run,’’ he said. Okafor also said that the film would be shot on locations in South Africa, Kenya and Botswana.

“ The pre-production is on now. The scripting is also on. When I return to Nigeria, we will meet with the directors and technical crew to discuss the effects of the plot. “ When the plot impacts on our thinking, then we would have achieved something, ” he said.

The actor said the next phase would be to visit the concerned countries for auditions to determine those eligible to act in the film. Okafor said that Nollywood movie industry was still growing and would achieve set targets. He also said he had done more than 300 movies since his debut in December, 1978.

“ We are planning a programme aimed at creating synergy and social cohesion between Nigeria and South Africa. “ It will take place next year and we want Okafor to be part of it,” he said.

Dayo Amusa To Critics: If You Criticise Me Constructively, I Will Listen To You
Tchidi Chikere Calls Biafra Agitators Noise Makers, Says Igbos Don’t Invest In Their Homeland