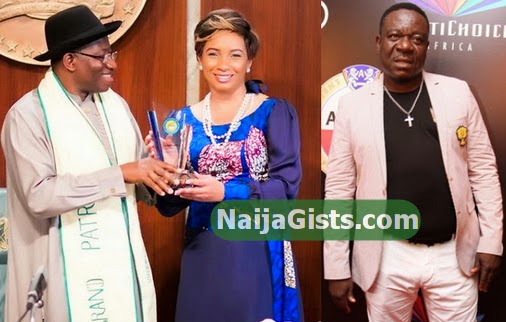 In an exclusive chat with Encomium, Comic Nollywood star John Okafor aka Mr Ibu blasts current AGN president over her ambition to run for 2nd term.

According to Mr Ibu, 90% of Actors’ Guild of Nigeria’s members do not want her as their leader again, with many lawsuits being filed against her, he challenged her to resign.

“Going for a second term is making the anger in people expand. It is better for her not to come again. She should leave the office and allow another person to try. No progress at all. I am not part of it. As I speak with you, Ibinabo has about two to three court cases.

We are tired, we want another person. We should try a new person, let’s see what he or she would do. About 90% of the people she is ruling say no, but she insisted. Why? Because she is gaining something”

“If I should talk about the movie industry you would make me shout because the industry is giving me headache. I am not happy at all. I believe we are matured enough to be independent. As big as AGN is we don’t have a national headquarters, I mean a film village. Go to other countries in Africa, they have most of these facilities but we have not been able to achieve these because of greed.

All the money promised by President Jonathan and other state Government, what have they done with it? Whether it has been collected or not we don’t know. It is very painful considering the number of years we have been in existence”.

Mr Ibu is very right with the film village idea. Politics and corruption is embedded in every nook and cranny of this country.

Whenever anyone assumes an office, all they care about is self enrichment. 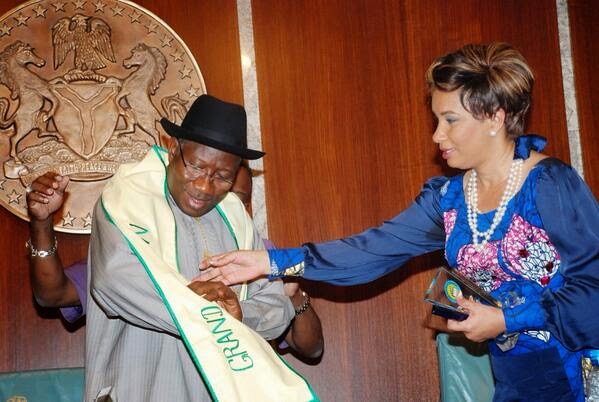 Clarence Peters, Emeka Ike and Mr Ibu are the three Nollywood stars who had openly rebuked Ibinabo’s performance in office since she installed President Jonathan as the Grandpatron of Nollywood earlier in the year while Segun Arinze and others allegedly backed her for favour.

Since the honour was conferred on him by Ibinabo, President Jonathan has released over 200 million to Nollywood this year alone.

The trouble started when Ibinabo single-handedly picked her supporters and send them for training in the United States. She allegedly ignored those speaking against her.