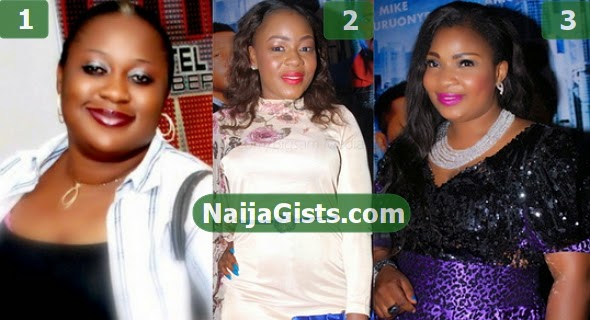 In this past 24 months, six actresses in the Nollywood movie industry have dumped Christianity for Islam.

Below is a list of top Nollywood stars who have converted to Islam over personal problem, marriage problems or lack of Christian suitors.

Her case is very unique. She was born to a Catholic father and a deeper life mother. She got married to a Redeemed Church member and now she has left Christianity over what she termed ‘Religious confusion’.

On why she converted to Islam, Fareedah said; “it is a personal decision. I understand the Koran more than the bible. All of a sudden, the Christian confusion was driving me nuts. My dad was catholic, my mum was Deeper Life, I married someone in the Redeemed Church and then all of a sudden, the few religions had something bad to say about each other. I just couldn’t take it anymore. A friend of mine who is close to me said that once you are grounded on the word, it wont be confusing. Unfortunately, maybe I wasn’t grounded in the word, but I still could see what I see. But in my quest and study and research, I don’t know: I was probably looking for peace. Yeah! That was what I was looking for and I found it in the Koran.”

Her case is very similar to Lizzy Anjorin, she dated Oshodi Boss, MC Oluomo for a while before eloping with younger Muslim guy. She claimed she change her religion for the sake of her son whom she named Roheem.

She got married to Olaoye last year and adopted the Muslim name Aishat.

After she broke up with her Christian husband over marital problem, she eloped with a Lagos-based wealthy Alhaji Tunde Orilowo aka ATM, she then converted to Islam.

Laide Bakare just like her contemporaries, embarked on the holy pilgrimage courtesy her man and has since remained a converted Muslim.

She has joined Alhaji Orilowo’s fleet of wives. As we speak, the man is on the run over a fraud case with EFCC.

The latest on the conversion radar is Moji Olaiya.

She was born to a Christian father and mother. She is the son of veteran singer Victor Olaiya. Moji Olaiya reportedly dumped her three children with her husband and walked out of the marriage over what she called spousal abuse.

The actress said she found the religion quite peaceful, thus, her resolve to convert.

In her words, “Honestly, Islam is a peaceful religion. The aspect I love most is that you don’t need any pastor to get closer to God. You don’t really need anybody to pray for you. You can always pray on your own and Almighty Allah will answer your prayer without any intermediary. I have been doing that since I became a Muslim and it has always worked for me.” 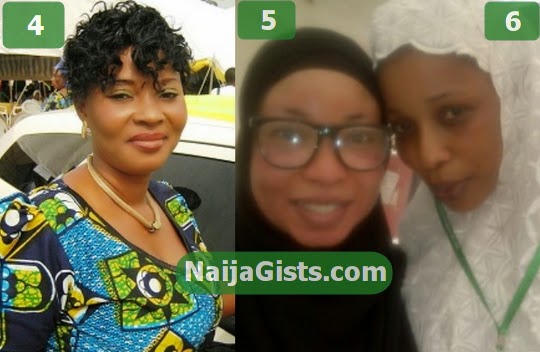 The popular Yoruba actress and movie producer was born into a Christian family but she shocked her fans when she suddenly made a trip to Islamic holy land Mecca in Saudi Arabia for Hajj last year.

Quickly adopting the Islamic dress sense, Liz insists she has always been a Muslim all along but not known to many people who perceived her as a Christian even though she has nothing against been a Christian.

Prior to her conversion, she was rumoured to be dating an Alhaji introduced to her by MC Oluomo, NURTW boss in Oshodi, Lagos.

On why she chose Islam, Lizzy said “Actually, my conversion to Islam is not new, it’s only that people were not aware. I have been a Muslim for long. I even have a picture to support that. Although my name is Elizabeth, which is the Christian name my dad gave me because he was a Christian. Then, I also have a Muslim name, Aishat, given to me by my mother, who was a Muslim. Also, some from my mother’s family members also named me Sekinat. Even my daughter’s name is Rufaidat. So, I grew with the two religions. And being the only child of my parents, I was given so many names, including Egandogo, Omosolape, Akanke. My Badagry name is Yenukunmun, meaning Isoju ota ni nse maa se rere (I will excel in the presence of my enemies). In a nutshell, Islam has been in me for long. I only kept it to myself. It is my private life. Even during every Ramadan period, I give people food for fasting and also when they want to break the fast. I also fast. Not only that, I don’t normally expose my head during the period, but people don’t really read meanings to it, they always think my appearance has to do with a movie.”

6) Kemi Korede (Not So Popular)

She is not as popular as the above but she joined Islam due to Lizzy Anjorin’s influence.

She followed her to Hajj last year.  “they are both peaceful religion and practicing any of the two is to the glory of one God.” – said Korede

Darkness has no place to hide in the absence of light… All we need is prayer and thorough study of the word of God.

Religious argument is foolishness… Let’s all pray for God to guide us in the right path #shikenah.