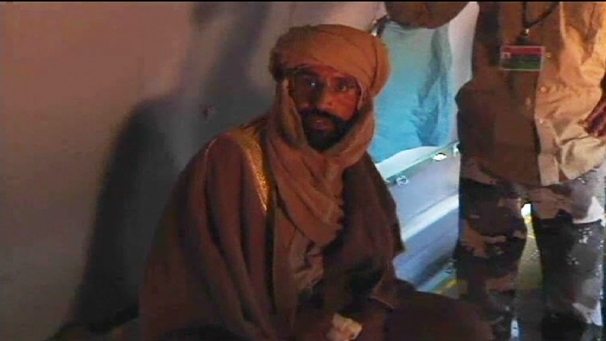 British educated son of Muammar Gadhafi, Saif al-Islam who’s been hiding for a while since his father’s death has been captured alive without a fight.

Saif  al-Islam, 39, has been captured alive and detained in the southern desert of Libya, by fighters who vow to hold him in the mountain town of Zintan until there is a government to hand him over to, Libya’s interim  justice minister and other officials said yesterday Saturday Nov 19th. naijagists.com 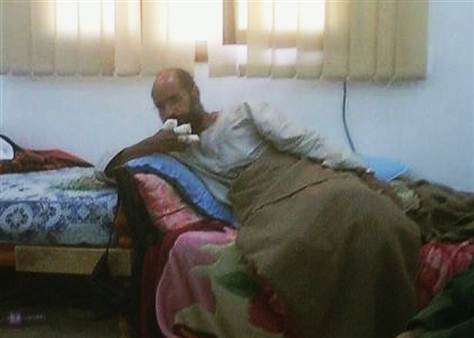 Saif al-islam in his hiding spot

Watch the video of his capture below