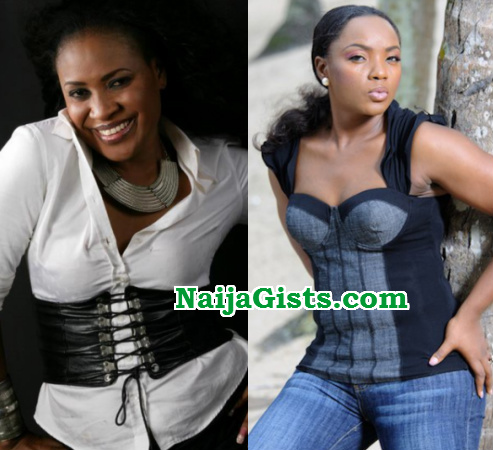 The last time there was so much buzz around you was when you participated in the Gulder Ultimate Search celebrity showdown where you got into a fierce feud with Chioma Chukwuka- Akpota over Emeka Ike. Have you forgiven her after that and has your path crossed with any of your mates in that show?

No, we’ve never met. I’m someone who lives a very private life, although I communicate with people through the phone. I’ve not met anyone on that search. If God can forgive, who am I not to? We are all just humans; I may not forget but I’m too sound-minded to occupy myself with such irrelevant issues. If not that you’re reminding me, I see that as a phase that I’ve passed. I won’t say I’ve forgiven Chioma because I didn’t even see the quarrel as relevant after what happened.

Is there any part of your career that you consider almost a misadventure?

I have none and the reason is that I don’t regret the things that I do. I know that whatever I do or whatever happens to me has a purpose. So for anytime I do, whether it turns out good or negative, there’s a future purpose for it. I see everything that didn’t go well in the past as an experience to aid my future. I know that whatever happened in my past prepared me for something else. My experience in entertainment sometimes opens doors for me outside showbiz.
The entertainment industry doesn’t wait for its stars; you seem to be asking for that when new kids on the block are making hits and all the money…

If you look through and watch these kids’ works and genres of music, none falls into the category of what I do. I thank God for their lives and I’m happy for them. By the grace of God, I’m one of the few Nigerian musicians who have been able to carve a niche for themselves out of nothing.
My genre of music is such a unique one that in 200 years to come there will be nothing like competition. So there’s no reason for comparison. The fact that I took a break and I’m watching the industry doesn’t mean that I couldn’t have released works if I wanted to.
I took the break and while taking time to research on what’s next to come up with, I also decided to start a family in keeping with God’s words. That was why I got married. The good thing about this whole thing is that I’m very happy there are new kids on the block.

Many people get into politics with good reputation and exit as ‘sinners’. Did you consider the demands of politics before your last adventure?

I didn’t put all that into consideration because I believe in myself and I have confidence in the formation of my personality. I cannot be changed by any situation even if it’s a norm among those I meet there. I follow where my inner being directs me to function. I don’t believe that I will be negatively influenced by getting involved in politics.

I don’t think it’s true that when people go into politics clean they come out tainted. It basically depends on the formation of your personality. If you’re someone who doesn’t smoke and someone attempts to influence you to start smoking because you want to attain a position, for me it would be a no brainer.
I’ve never been desperate for any position or anything at all and I will never be. If I get to a point of no return, I don’t think I would compromise my personality because a lot of work had gone into me beginning from God who created me, and I also am facing this responsibility. For every decision I take I will always take responsibility.

Does that imply you will take another shots at politics?

I don’t fight and run away to fight another day. I fight and fight to finish and ensure that I fight another day if the opportunity presents itself. I made a great impact that a beginner where I hail from never made. During my campaign, I toured round my constituency where no politicians had ever reached especially a place called Odua, Rivers State.

I did all I could do because there was no access road to such areas- it has about five wards. I went there to ensure that I see how the people there live. They live like animals and I was prepared to live with them and I was there for almost a week. And the people were happy. So, if the elections had been properly done, I would have won.

Do you mean at Odua there are people who live like animals?

Yes, I went there to experience their living conditions. There was even an attempt to kidnap me there.

Do they have electricity, pipe borne water and other amenities?

There was no electricity, no potable water. They drink from the same river where they take their bath as well as use the water to cook.

There are no hotels and my team and I were housed by a few concerned families. Of course, I ate the food made from the water fetched from the river. We actually travelled with our own water but they prepared their food with their water and I wanted to be part of it all so I ate like them.

They take their bathe by the riverbank and there were lots of people suffering. We have representatives but they don’t even know the people representing them at the national assembly. They don’t see politicians.