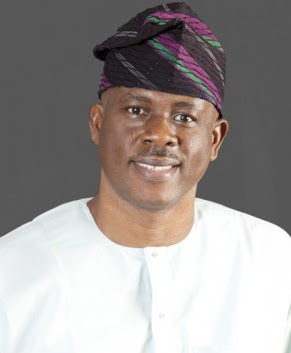 Ex Minister of State for Defense, Musiliu Obanikoro, has failed to produce the N100 million he initially pledged he would pay as a condition to commence the payment of N800 million he admitted he embezzled from about N4.7 billion stolen from a budget designated for procurement of weaponry and other equipment for the Nigerian military to enhance its fight against Islamist militant group, Boko Haram.

Two top sources at the Economic and Financial Crimes Commission (EFCC) told SaharaReporters that the former minister, who was arrested two weeks ago on his return to Nigeria, appeared to be playing games with the officials of the commission after initially cooperating with investigators.

As of Friday, Mr. Obanikoro had only mustered N24 million naira, a sum far below the N100 million he had committed to pay to fulfill bail conditions, according to an agreement with the anti-corruption agency.

The EFCC sources said the former minister would likely be charged alongside two of his sons, Babajide and Gbolahan, who are currently on the run.

Mr. Obanikoro’s sons will be charged in absentia, and thereafter be declared wanted and an application made to the US government to extradite them for trial in Nigeria.

Mr. Obanikoro returned to Nigeria on October 16 and surrendered himself to the EFCC on October 17, apparently after intense behind-the-scene negotiations with senior members of President Muhammadu Buhari’s administration. An EFCC source said Mr. Obanikoro came to the EFCC with a bag containing a cocktail of drugs with the hope of getting the EFCC to release him on health grounds the same day, but he was shocked when officials at the anti-corruption agency insisted on detaining him until he deposited at least N100 million.

The former minister reportedly confessed that he took N800m for himself out of the funds he collected using his sons’ Sylvan McNamara Company. His sons’ firm was apparently used to launder funds that were then used to rig elections for Governor Ayodele Fayose, the candidate of the Peoples Democratic Party in the 2014 governorship election in Ekiti State. The remainder of the laundered funds reportedly went to former Senator Iyiola Omisore, the PDP’s governorship candidate in Osun State, also in 2014.