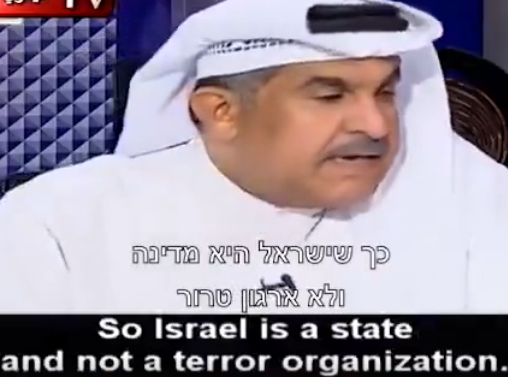 A video of an Arab Sheik who defended Israel in a debate translated by Memri TV has gone viral.

The highly intelligent man didn’t shy away from the truth of what he knows even if it contradicts popular opinions.

He clearly understands history and expresses a view that is worthy of acknowledgement by all who love Israel and want peace for that part of the world.

Never heard an Arab speak so eloquently about peaceful coexistence with Israel.

He even used the Holy Quran to back up his claim about Israel’s sovereignty.