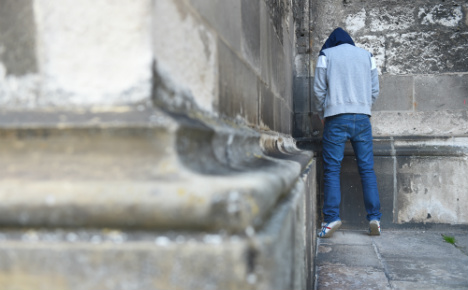 May 26, 2017 – Muslim Youths Kill Christian Man For Urinating Near A Mosque In Abuja

A man was yesterday beaten to death in Abuja for allegedly urinating near a mosque.

The jungle justice reportedly happened in Jiwa, a village near Gwagwa in Abuja yesterday.

According to an eyewitness, the victim said to be one of the Christian youths in Jiwa village was returning from a function when he was pressed. He reportedly saw a drainage near a Mosque and as he was urinating, one of the Muslim youths stoned him and when he finished urinating, he threw the stone back at his attacker.

We learnt the counter-attack elicited more attacks from the angry Muslim youths.

The man was beaten to coma and later rushed to the hospital where doctors pronounced him dead on arrival.

Jiwa and Gwagwa community youths then engaged each other in what could have become a deadly religious war if not for the timely intervention of the Police.