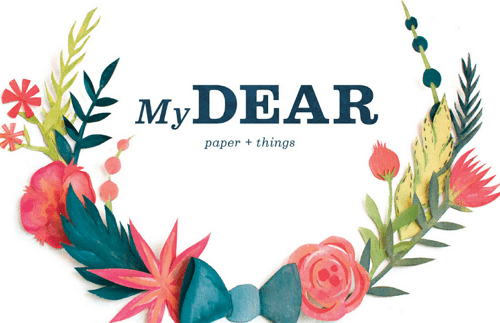 My Dear: The Common Phrase That Can Put You In Trouble

Yes! I totally I agree, one hundred per cent. So, putting things in view, why do we now go out of our ways to make English language our own? We have our own Pidgin English which has spread across the country. Thanks to Warri indigenes. I can even say it has now become almost a global (sic) language. It is safer to speak it than scatter the regular English language.

Recently, a huge fight broke out in my neighborhood, resulting to an arrest that led a jail term of one of our neighbours. The fight was so massive that others who knew nothing about it even joined.

Some took sides, it was just crazy.

Frantically, there was bloodshed, it really went out of hand. The guy in question was put behind bars, not because he physically assaulted his neighbor. No, not even because he raised a finger at her. His crime was that his neighbour’s wife greeted him and responded by saying “oh hello my dear!” That was it. The woman, at first corrected him by asking him to withdraw the statement and respond appropriately to her. Sighting the instance that she greeted him respectful and as a married woman, she deserved to be accorded with the same respect. The man, thinking it was a trivial issue brushed her outburst aside. She thereafter held unto his shirt, insisting that he must withdraw the response to her greeting because she was not “his dear”.

The raising of their voices drew the attention of other neighbours and passersby. Not long after, the husband who was a retired police officer insisted that the man must be arrested for addressing his wife inappropriately.

Ha! “My dear.” What could be wrong with these two words? They sound harmless, but critically analysing it, one could begin to see that it could sometimes sound condescending. In my part of the country, we address one with “my dear” when the person is younger or of lower economic status. For instance, your younger sibling, or your junior colleague. I don’t recall us using it for a contemporary or even a friend. We should perhaps learn to draw the line on how we address people. I know of a particular part of the country where my “my dear” is used on all individuals. I gave a friend a ride and could recall her talking on the phone with a cleric and as she was ending the call , I heard her address him as ‘my dear’. To some, it might be just nothing but it could be sensitive to other people’s disposition and ideologies. Be respectful. What’s wrong with, Good morning sir, and the man responds, good morning madam. Good morning Mama Buky. I have heard younger people say to their elders , how are you ma, how are you sir. This is very civil if you ask me. Civil and respectful. We need to understand that we are not whites. We should not be ‘ over sabi’.

Respect begets respect. If only my neighbour was civil enough to say ” how are you madam”? Or better still, good morning madam, he would be in his house today… Lol

“My dear” maybe nothing to you but some people think otherwise. It is no skin off your nose if we exchange pleasantries in an African way.

You never know, it could get you out of trouble.