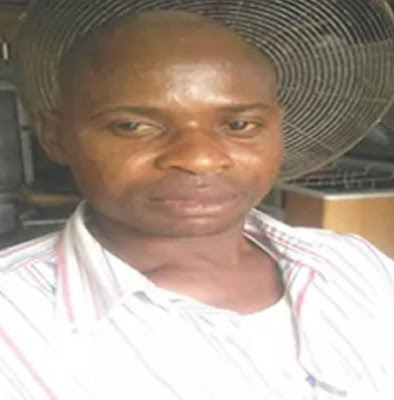 One of the suspected kidnappers arrested in connection with the abduction of four landlords at Isheri, a border community between Lagos and Ogun states recently, has told police detectives that his father was the kingpin of their gang.

The 28-year-old suspect, Trust Bourdilon, was arrested with ThankGod and four others, among them two ladies. One of the ladies is a nursing mother. The six suspects were arrested within four days. According to Bourdilon, his father, who is still at large, is the brain behind most of the kidnappings in Lagos and Ogun states.

Describing the landlords’ abduction as their last operation before operatives of the Inspector-General of Police, Mr. Ibrahim Idris’ Special Intelligence Response Squad (IRT) arrested him, Bourdilon said the gang collected N12 million ransom for the landlords, but his dad gave him just N350,000 as his share.

The operatives had been working underground until the eventual breakthrough on September 27. Bourdilon, who was apparently miffed at his father’s sharing formula, added that there was a time the gang kidnapped a victim and collected N3 million ransom and his dad gave him N300,000.

A police source said: “The suspects were arrested in parts of Lagos, Ogun, Delta and Ondo states. Bourdilon confessed that his dad is the leader of the gang and used to bring kidnapping operations to them to execute. His dad used to locate targets, which the gang goes after.