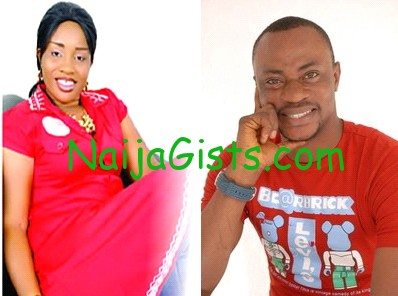 In this recent interview, Yoruba actress Eniola Taiwo Ajao opened up on her romance with popular Yoruba actor Odunlade Adekola who has been linked to multiple romance in the past despite being married with wife.

Eniola Taiwo Ajao has been a Nollywwod actress for almost a decade now, having featured in a 2004 Yoruba movie which announced her presence in the Nigerian make-believe industry.

After a few subsequent productions, she took a short break, and returned with a big bang. Currently, she has acted in over 20 movies. In this interview with Nollywood Reel, she talks about issues bordering on her career 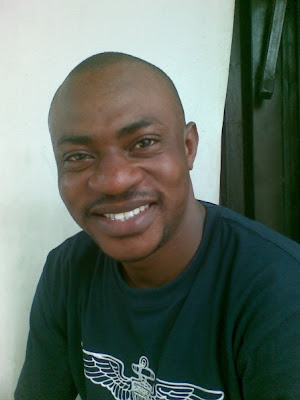 You have been on and off in the film industry, what is responsible for this?

Well, it’s not as if anything was wrong. I was not just satisfied with my performance at that time so I decided to go  for formal training as a thespian. Though I  didn’t study theatre-arts in school, I’m currently studying Accounting at the University of Lagos, I passed through a real drama school where I learnt the rudiments of acting.

I believe  I’m a better actress now because I have improved with time, though there’s room for learning and I am taking every opportunity to learn on a daily basis. When I took those breaks in the past, they weren’t for any bad reasons, but I realised that Nollywood is a big industry and there are so many practitioners. If  I didn’t take such step at that time to go for formal training, I wonder where I would have been today. It would  definitely not be where I am now. I would still have been far behind.

A lot of issues are raised about Nollywood on a daily basis. What’s your take on the present state of the industry?

The industry is advancing technically and, of course, it is becoming more resourceful. All hands seem to be on deck to make it even better than it is now.  Nollywood productions and practitioners are going across borders and in Africa, there’s no doubt that Nollywood is considered as the big brother. But, yes, the industry has its numerous challenges. It is normal. Even our country, as big as it is, has its challenges. We all know that the United States of America which is currently the most powerful country in the world is also battling  with its own challenges. Every entity has its own challenges.

We cannot blame Nollywood for its problems, we’ll blame some of the practitioners responsible for it. I am not trying to blame anybody, but the truth must be said. Nollywood is just there to accommodate all of us, including those that know little or nothing about filmmaking. This is where the problem lies. There are lots of charlatans in Nollywood. Even in the media, health and educational sectors, there are lots of them.

The simple truth is that, wherever there are charlatans, there will always be problems. The professionals will spend time (even years) trying to solve the problems created by charlatans, and that is the fact. The right structures need to be put in place so that there can really be a brighter, rewarding future. But I can assure you that Nollywood will overcome its challenges.

A lot of people believe you are one of those fast-rising actresses who only joined the industry for fame,  glamour and money. What’s your take on this?

Well, nobody has ever walked up to me to say that. I am hearing it for the first time and I am not disappointed because I know there are some people who must have joined Nollywood for such reasons. But I am not one of them. If it’s about money, I would say you shouldn’t even go there because money is not my problem at all. Everyone close to me is aware that I have known (had) money all my life. Apart from being an actress, I am a business-minded person. I do a lot of businesses. I am also a beautician.

I am an extrovert and socialite. I ‘rock’ when necessary. So, fame and glamour come with all that. I have always wanted to act even as a kid. I was born to become an actress, though none of my family members has acted before. I am not in it for money, but I know a time will come that the endorsements and all other good things will make my acting career flourish. I’ll wait for the time because such things are blessings from God. Somehow, God has to show that He is fully in support of what you are doing as a person, so I consider the mouth-watering endorsement deals being given to showbiz practitioners as one of those blessings from God.

Despite being identical twins, why is your (twin) sister not into acting?

That is because she never wanted to become an actress. She knows I have always wanted to act and she is fully in support of my career. I am Taiwo and she’s Kehinde. Each of us has a special talent. She advises me on the right path to take  and as twins, we both share the gains and pains.

What pains are you talking about?

Of course, there are pains and gains in everything we do. There are ups and downs. There are challenging periods. So, in times like that, she assists me a lot. We put heads together to make the right decisions.

And has there ever been any pain related to sexual harassment?

Nobody can harass me sexually. I don’t think I leave any room for that. I have almost spent 10 active years in Nollywood and no such thing has happened to me. It won’t even happen because I put men and their sexual advances in the right place they should be. I don’t give the green-lights at all. I am a very disciplined and tough lady. Most men are usually scared of asking me out, let alone harassed me. They know I am tough, very tough. I am not the type of lady that any man can intimidate or even entice with money or material things. I already have most of these things they can use to  show-off.

There are a number of twins in Nollywood and the music industry. How do you feel seeing them inseparable even in movies, noting that your twin sister is not in front of the cameras with you?

Well, I don’t feel bad at all about that. There are many other areas in which my twin sister and I do a lot of things together, but definitely not in acting  And we are also inseparable as expected.

How true is the gist that you had a long-lasting sexual relationship with your colleague, Odunlade Adekola?

(Laughter). Odunlade and I have known each other for many years now. He is married and has kids. He is a very close friend. I know his wife and nothing on earth can make me date him. I have no reasons to have a fling with any man, especially a married man, because I am in a  relationship.

Odunlade is a fantastic actor and we only meet on set. No one can even claim to have seen us together in a public place and we don’t visit  each other. There are no strings attached because I have never met him outside a film location. He is a respectable family man and I don’t have anything to do with him. I am as well close to other actors and a good number of female colleagues.

A top movie marketer once said it is normal for them to date actresses because they (marketers) provide the money and he who pays the piper dictates the tune. How do you cope with such people and is it the reason you are yet to produce any movie?

Well, maybe the marketer was only trying to dismiss questions from news hounds. I don’t think it is morally right for anyone to say that. I am not saying it is not possible for some marketers to date actresses. They are adults and can have any mutual relationship, but I don’t think I can do it for any reason. I have not produced any movie so far because I have been doing a lot of research. I don’t just want to come out with any thing, I want to produce a standard movie that can have international appeal. Some people are already mentoring me on that, and by the grace of God, Nigerians will soon begin to see what I am talking about. Nollywood is fast developing  and all the sub-standard productions you have seen before will no longer have a place in a couple of years. So, I am working on a movie that will be there for a long time.

So, what kind of man would you like to marry?

It must be the man that God has set aside for me. It has to be a godly person. Every other thing would fall in place. The person I am currently dating is not a rich man, so I don’t date for money or fame. I date for love. I love men who genuinely love me for who I am.

Since you have so much passion for acting, would you marry an actor or an entertainer who may positively assist you in building your career?

No, I don’t think so. I don’t think I would like to marry an entertainer for any reason. I can’t marry an actor. My husband and I cannot be in the limelight. My husband can definitely not go into acting or entertainment. Whatever he chooses to be, the support will always be there. His love and support can always keep me going, together with that of my twin sister and our parents.

Are you saying actors are not worth marrying?

Of course, artistes are responsible people and worth marrying. But personally, I don’t wish to marry an actor or entertainer.