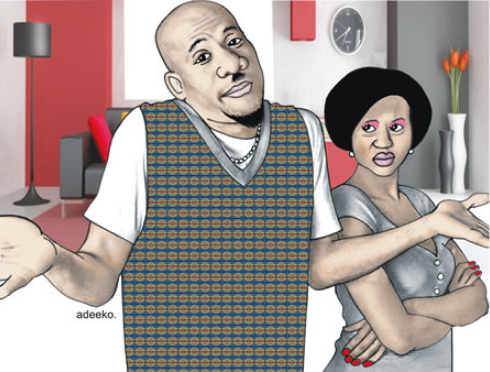 Feb 20, 2018 – I Slaps & Beat My Husband Because He Married Another Wife Secretly – Woman Tells Court

Olawuyi, who resides at Temidire Estate, Adamo in Ikorodu in Lagos State, told the court that his wife, Khadjat, had turned him into a punching bag.

“She beats me anytime I ask about her whereabouts.

“My wife derives pleasure in making trouble, she fights in our neighbourhood. She has never been a peaceful person since the day she moved into my house and she had refused to change.

“I tried as much as possible to change her lifestyle but anytime I caution her she usually slap me.

“We relocated to another house just to save us from the shame and embarrassment but only for her to start making trouble with the landlord in our new apartment,’’ he said.

Olawuyi said he reported her misdemeanor to his mother-in-law, but she refused to yield to her mother’s advice.

“I actually wanted to desert her but I felt divorce would be better, please separate us,” he pleaded with the court.

The respondent, Khadjat, 28, a hairdresser, denied being a wayward woman, but admitted fighting or beating her husband.

“I fight or beat him because he married another wife secretly.”

Khadjat, however, urged the court to save her marriage and reconcile her to her husband.

The court’s President, Mrs Funmi Adeola, urged the husband to allow his wife to remain in his apartment until the case is disposed off.

She urged the woman to ensure that there is peace in the house, saying she would be held responsible if anything happens to her husband.

Further hearing has been fixed for March 1.

Continue Reading
You may also like...
Related Topics:hit, slap, wife

Why Most Christians Are Unaware They Are Worshipping Idols
Photos: Killer Fulani Herdsmen Leader Arrested… See Laggi, The Terrorist Behind Attacks In Benue & Nasarawa