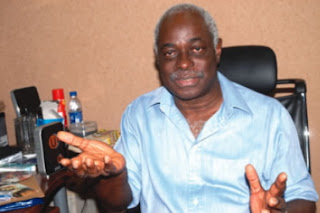 Feb 20, 2018 – Why Most Christians Are Unaware They Are Idols Worshippers

I went to buy blank videotapes in a van emblazoned with Christian VideoNet on both sides. When I came out of the van, an Asiatic gentleman engaged me in friendly banter. He was clearly not a Christian, but I soon got the impression he was in the marketplace for a new religion. He did not wait for me to witness to him. Having seen the insignia on the van, he wanted me to tell him about Christianity. But then he had some vital questions he wanted cleared up right at the onset.

“Your religion,” he asked, “does it allow you to drink alcohol?” “Yes,” I replied expansively, “we even drink wine in church.” “Wonderful, wonderful,” said my new-found friend, brightening up. Then he asked: “How many gods do you have?”

I was a bit slow on the uptake and did not quite understand what he was getting at. “What do you mean how many gods do I have?” I asked incredulously. “Yes, yes,” the man replied, without any hint of mischief. “How many gods do you have?”

“I have only one God,” I insisted marvelling at him. “Only one?” he asked in disbelief. “You have only one God?” “Well, yes,” I replied, now defensive. “I have only one God.” The man shook his head in a way that said eloquently: “Forget it.” I imagine him saying to himself: “What is the point of a religion where you only have one God? That is simply too risky. What if he happens to be busy at any given time?”

On later reflection, I came to the conclusion that it was a god-sent question. Therefore, I pose the same question here: “How many gods do you have?” “Do you even know how many gods you worship?”

One of the most important subjects that Jesus addresses in the scriptures is idol worship.

One of the Ten Commandments of God says: “I am the LORD your God, who brought you out of the land of Egypt, out of the house of bondage. You shall have no other gods before me.” (Exodus 20:2-3).

Atheism does not exist. Man is a worshiper. Everybody worships. The critical question is who or what we worship. We either worship the one true God or we worship idol gods. Says John Calvin: “The heart of man is an idol factory.” Left to himself, without divine revelation, man will worship almost anything. We worship what we highly esteem. For this reason, Jesus says: “What is highly esteemed among men is an abomination in the sight of God.” (Luke 16:15).

Jesus himself faced the challenge of idol worship at the very inception of his ministry: “The devil took him up on an exceedingly high mountain, and showed him all the kingdoms of the world and their glory. And he said to him, ‘All these things I will give you if you will fall down and worship me.’ Then Jesus said to him, ‘Away with you, Satan! For it is written, ‘You shall worship the Lord your God, and him only you shall serve.’” (Matthew 4:8-10).

Many people, including those who call themselves Christians, have accepted the devil’s offer. We worship the devil and his “things”, instead of the one true God. Thus, Jesus counsels: “Store up for yourselves treasures in heaven, where moth and rust do not destroy, and where thieves do not break in and steal. For where your treasure is, there your heart will be also.” (Matthew 6:20-21).

It goes without saying that God is the only real treasure we have. Every other so-called treasure is ephemeral. God is: “the Desire of All Nations.” (Haggai 2:7).

Idols of the Heart

Jesus told a Samaritan woman: You worship what you do not know; we know what we worship, for salvation is of the Jews.” (John 4:22).

The same conundrum applies today. Many presume salvation is of the Italians or the Romans, but it is not. Salvation is of the Jews. For this reason, Roman Catholicism is full of idol worship. God says: “You shall not make for yourself an idol in the form of anything in heaven above or on the earth beneath or in the waters below. You shall not bow down to them or worship them; for I, the Lord your God, am a jealous God.” (Exodus 20:4-5).

But Roman Catholics have deliberately removed this injunction from their own non-scriptural version of the Ten Commandments, so that the people would be unaware that they are contradicting it. As a result, the making of idols is very big business in Rome, and the worship of idols is standard fare in Catholicism.

However, the problem is not limited to Roman Catholics. It is a general predicament among all Christians. The problem with idol worship is that many who worship idols are unaware that they are worshiping idols. Many worship God, while also worshiping idols. But when we worship God and other gods simultaneously, we become idol worshipers. Thus it is said of the people of Samaria: “They feared the LORD, yet served their own gods – according to the rituals of the nations from among whom they were carried away.” (2 Kings 17:33).

Even more fundamental is the fact that many of the idols worshipped today are not physical idols: they are idols of the heart. God identifies this tendency to Ezekiel: “Son of man, these men have set up idols in their hearts and put wicked stumbling blocks before their faces.” (Ezekiel 14:3).

These idols are strongholds set up in our hearts and minds that prevent us from growing in the knowledge of God, and from seeing the glory of God in our lives. Thus, Paul says we should cast down: “imaginations, and every high thing that exalts itself against the knowledge of God, and bring into captivity every thought to the obedience of Christ.” (2 Corinthians: 10:5).

One of the idol that Christians have been seduced into worshiping is mammon – the god of money. Paradoxically, this worship even takes place during church services. Today, everything is upside down. People go to church to pray for money, to invest money and to learn about how to make money. God has become second-place – simply an instrument for the acquisition of money.

Mercenary pastors now claim the gospel gives us the power to get wealth. In his book, The $elling of Je$u$, Victor Bryditzki observes cryptically that: “Je$u$ is a multi-billion dollar industry, expanding into places where angels (and sober Christians) fear to tread.”

But the word of Jesus remains sure, having this seal|: “No servant can serve two masters. Either he will hate the one and love the other, or he will be devoted to the one and despise the other. You cannot serve both God and Money.” (Luke 16:13). CONTINUED.