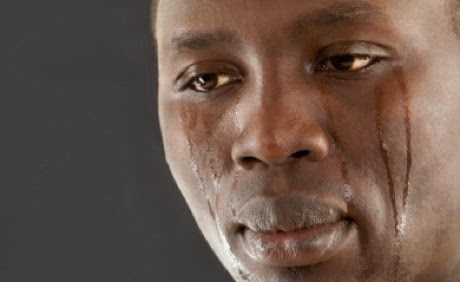 My name is Femi I worked at the Airport, am married with two kids. I was living in unity with my wife until the end of the year 2011 when my life became deserted.

One faithful weekend like that, I was financially down and i went inside my wife cupboard to get some cash but unfortunately for me i saw different things, i saw charm with an incantations where my name and my mother’s name was mentioned, according to what i saw, she will use the included soap to wash her private part with the pronouncement of the incantation and use the water to cook for me.

When i saw these, I melted for at least three weeks because i don’t know how to share it with friends talk less of families but i summoned courage by calling her but she denied using it on me, but accepted she went to one woman with one of her elder sister to make the charm, but my people am not contented with her explanations because she said she did it so that outside ladies will not penetrate into our home, still am not satisfied but i told her to desist from her sister that took her there and that such attitude with a promise that i will not let anybody to hear what happened in our house.

The funniest thing is that am living with her with an unpeaceful mind, so i decide to be keeping late. At times i can call any female workers at the place of my work just to see how she will feel, but the outcomes of my attitudes tells on her that she cannot withstand me cheating, so i decide to let go of the fear in me.

I started living with her with boldness believing that she cannot do anything to harm me, but earlier this year things changed again. Something happened at my workplace and as I got home she noticed me and asked what happened i explained to her but she just took it lightly.

This is an issue that gave me sleepless nights. The next morning i called her that when i returned we will keep vigil just to put everything in God’s hand but when we started praying my wife was just sleeping, i was disappointed.

The next morning I intentionally saved some women pictures on my phone as i got home i placed it on the bed i went to bathroom but before i could finish, I started hearing her shouting and cursing those women on my phone.

The woman that couldn’t keep a vigil for my work problem stayed up all night cursing those ladies.

The next day i called on her and asked ‘your so called husband has problem at work and asked you to join him in prayer but you were only sleeping now you saw some women’s pictures on my phone and you kept vigil over it.

My people am confused i don’t know what to do. I don’t have any girlfriend and she is behaving like this what if I decide to have one, what do you think she will do?

My dear people I need your advice am not psychologically okay.