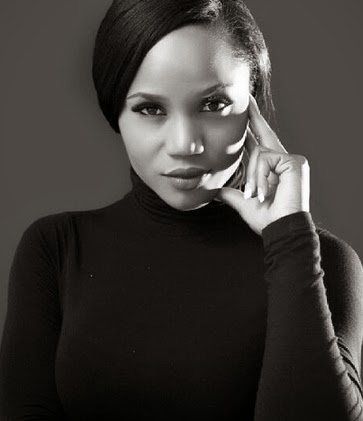 For those who are not aware, self-confessed Nigerian born again Christian Maheeda has released a new song promoting her nakedness.

The singer knowingly displayed some obvious Illuminati symbols that speak volume about her spiritual stand and her aim for releasing such seductive video to the public.

In the video, Maheeda was seen naked with 3 men doing adult-related stuffs. (I can’t share the video here it is too provocative).

Read what UK-based Radio and TV presenter, Minnie Marj said about the new song and the self-proclaimed born again singer: 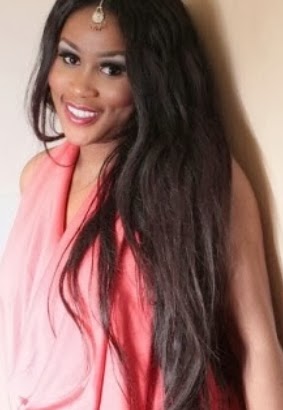 Yeah it is about that time where I grab my laptop in order to do something that I am very passionate of: Writing and sharing my point of view.

Nope, its not about a big celebrity that misbehaved in one way or another. It is about this music video that is currently trending. That naked Lady showcasing her seduction skills rather than the usual dope, off the chain 16 BARS that we always expect a rapper to do, goes by the name of Maheeda.

This video is stirring up much controversy , due to Maheeda’s naked self frolicking around for some overly-hormonal Gentlemen who seem to enjoy the spectacle. It’s a shame nobody will actually really listen to the song and rate this artist according to her musical skills.

Aren’t musicians supposed to deliver vocally or lyrically? Lyrically speaking there are no punch lines in this session. Sentences such as : Never find me in Okada…Me I break a leg BUT you break nothing…If you think sey you spoil Me I don rotten…

I’m a bad girl don’t need to be told … Ema Dami Duro… (No worries we aren’t trying to stop you) :-) And the list goes on and on…. I actually closed my eyes because I wanted to listen to the song and give credits where it is due but in this case I will have to pass.

Credits will go to the Beat maker for a nice beat and the director for a nice video. My opinion would be different if we had a special Adult Channel where this music video and other hardcore films would be pitched to.

This is the reality and we have none of this yet on our TV channels based in Africa.

So what is Maheeda’s market actually? Who is she targeting with her visuals? Does she intend to always drop her videos on Youtube? I guess this video would probably be banned from Media houses unless they re-edit the Clean Version because the existing Clean Version isn’t really Clean to be honest with you. I am not judging anything here but please bear in mind that I am just speaking from a professional point of view.

America would love and adore this video but this is Mama Africa. Ain’t Nobody got time for that?!? Well the statistics say something else: 7K +views for the Clean version and 50K + views for the Explicit version. What happened to the Born Again musician?? Temptations,Temptations…. I would call this a Reverse Reaction aka RR.

This is what happens when you slightly believe that something will change your life because someone told or convinced you that it will do so and NOT because you deeply had the faith that it will BE so. It is not easy to keep the faith especially when times are hard. You are a true Born Again If You survive all tests God puts you through with a bigger faith than you had before.

I don’t even want to discuss about the pyramid symbol she is dancing in.I know loads of you have concluded already but please give her the benefit of doubt. To everybody out there, please make sure you really become born again because you are ready for a change and not because someone told you that you have to change.

For the records, Maheeda is married to an elderly white man. Her real name is Caroline Sam and she is based in Germany.

How can a born again Christian be displaying her nakedness in this manner.

From the day she became popular, she has never stopped sharing unclad photos of herself in the social media.

And you know what, seduction is her secret weapon to lure men to her corner.