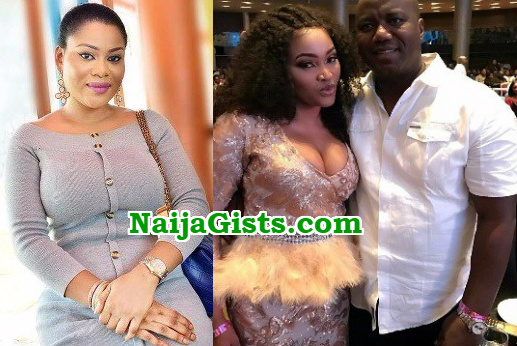 The rate of divorce cases seen in our society in recent times is alarming, many young people dread tying the nuptial knot. Celebrities are not left behind in this unfortunate divorce trend as some of them barely stay in their marriages for more than three years before it crashes.

However, looking at the marriages of celebrities that crashed in recent times, it’s interesting and actually significant to note that the women fingered as being behind the marriage breakup are all fair in complexion.

It’s also a paradox that these ladies, whose marriages broke up, are also light skinned. No wonder there is a boom in the bleaching industry. 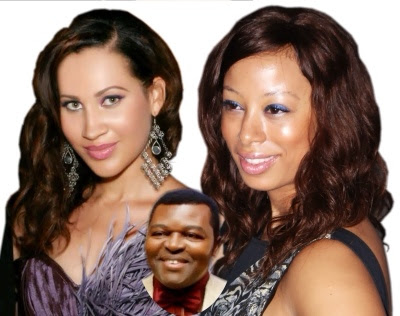 It’s no longer news that things have fallen apart in the home of beautiful actress and entrepreneur, Caroline Danjuma.

Her marriage of 10 years to billionaire, Musa Danjuma, crashed due to what inside sources refer to as ‘outside interference’ and Musa Danjuma’s insatiable love for the opposite sex.

The insider says Caroline was fighting a lost battle and every time she succeeded in getting rid of any of Musa’s numerous love interests, a new one springs up from nowhere.

Report also shockingly reveals that the marriage which was contracted 10 years ago crashed just before the birth of the couple’s last child together.

Whilst Caroline is allegedly focused on moving forward, Musa’s side chick named Maya Hassan; a Nigerian who lives in the UK was pregnant with his fourth child and likely to have given birth by now.

Maya was also allegedly bragging to close pals that every time Caroline leaves town, she arrives Nigeria and sleeps on her matrimonial bed, eats from her plate and checks out her wardrobe and swore that as soon as the divorce is through she would move in and become the next Mrs. Danjuma.

Just like we all expected, the alleged proud side chick of the billionaire businessman, on her Instagram page basically confirmed the story by going on an explosive rant on social media. 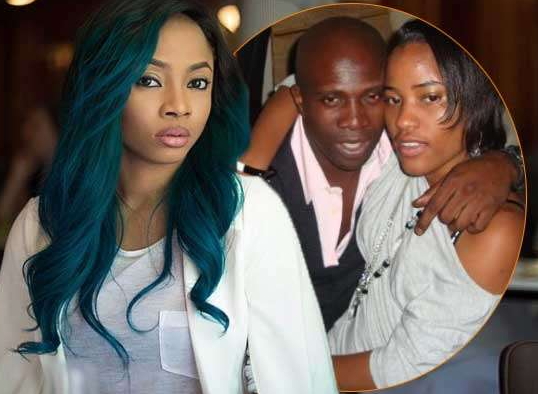 It came as a shock to many when OAP, Toke Makinwa, headed for the High Court in Lagos a few months back and filed for a divorce from her 18-month-old marriage to fitness coach hubby, Maje Ayida on infidelity grounds, where she also instituted Maje and his Baby Mama, Anita Solomon, as respondents.

Report has it that he is the brain behind his mistresses’ multimillionaire hair salon. Interestingly, the fingered lady who was said to be behind the breakup is also ‘light-skinned’.

According to reports, Anita who is half Lebanese and half Calabar and a lawyer, runs a beauty salon in Calabar and has been in a relationship with Maje for the past eight years but he broke up with her briefly to get married to Toke.

Meanwhile, in Toke’s controversial book, ‘The Unbecoming’ she stated that in a bid to satisfy her man, she had to go extra miles, like bleaching her skin to be fair like her rival, Anita. 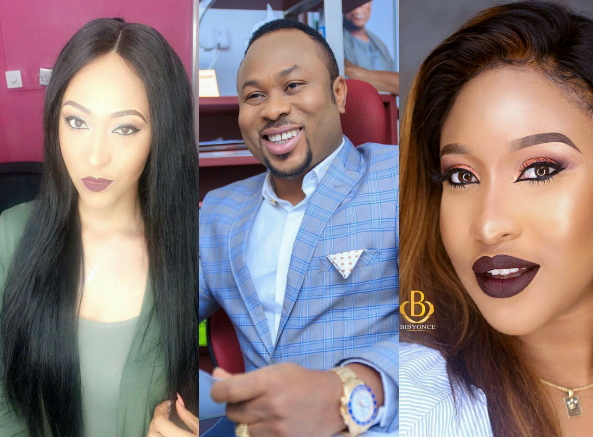 Controversial Nollywood actress and singer, Tonto Dikeh got married to Oladunni Churchill in 2015 and they have a son together.

The actress’ marriage crashed in 2016 on the basis of domestic violence and infidelity which she revealed in 2017.

The actress sparked rumours of her marital crises when she took off the title, ‘wife’ and her husband’s name, ‘Churchill’ from her Instagram profile.

The alleged mistress fingered to be responsible for the marriage breakup is a light-skinned actress, Rosaline Meurer. She is said to be Churchill’s PA and since the incident, Tonto Dikeh’s fans have not sized to call her names each time she appears online.

Meanwhile, Tonto is also fair just like the lady that caused her marriage breakup. 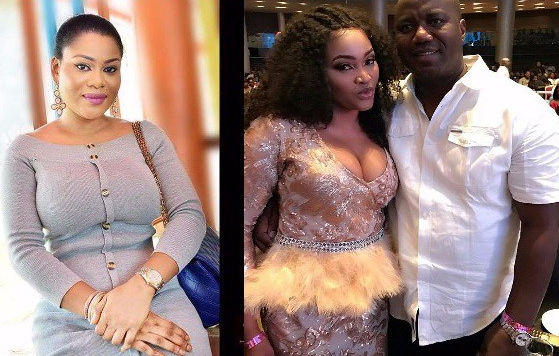 Report has it that the actress’s best friend, Opemititi Ajayi popularly called Queen Stunner is allegedly behind Mercy’s marriage problems and has been pointed to be ruffling bed sheets with her husband.

Who exactly is Opemititi aka Queen Stunner? According to her now-private Instagram profile, she’s a former model, former banker, and an interior designer and also ‘fair in complexion’.

Covenant University graduate, Ope was a banker before starting an interior decor business reportedly with help from Mercy.

Following her graduation in 2010/11, she moved out of Abeokuta to reside in Lagos.

According to report, Ope met Mercy Aigbe around 2013 and quickly became one of her inner caucus.

However, Ope grew rapidly from being mummy’s girl to Mercy’s close friend, and now, a widely reported ‘home breaker.’ let’s also not forget that the ‘VICTIM’ producer is also fair in complexion.