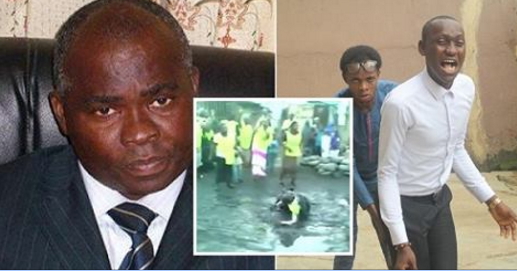 The 3 young comedians who formed a comedy group named Naija Craziest were arrested on Tuesday in Lagos after the group uploaded a parody video poking fun at the founder of the Lord’s Chosen Charismatic Revival Church, Lazarus Muoka and his church members.

The video which started with a disclaimer reportedly caught the attention of Muoka who reported the group to police.

The group announced the arrest of Mc Samorano, Tutalk and Tookpick via a statement released on Facebook on Tuesday:

The police reportedly picked up the comedians without stating their exact offence.