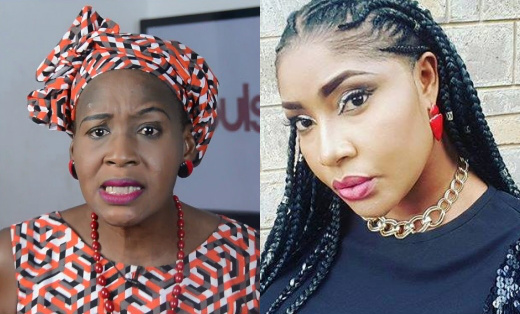 In the past two days, Miss Okorie has been on Idris Okuneye aka Bobrisky’s case and the battle seems unending.

Earlier today, Madam Olunloyo took to the social media to give Angela Okorie a piece of her mind while taking sides with Bobrisky whom she called her son.

See what she wrote few hours ago:

Madam troublemaker of Africa. She’s got no chill.