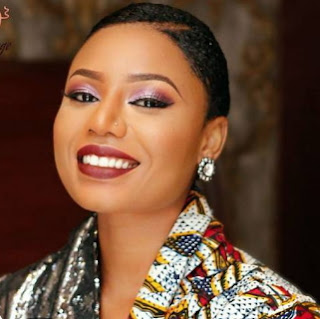 Fast rising Nollywood star, Nancy Isime, has revealed that she came into Nollywood by accident. The star of Disguise movie said she started out as a model and never dreamed of being an actress.

“Coming into Nollywood was not something I planned. I was modelling and doing beauty pageants and from there I just stumbled on acting after someone advised me to give it a shot which I did and it worked out, and from there it just kept growing. It was Galaxy TV’s Echoes, a television series that ran for one year”.

Opening up on her challenges interpreting her role in Disguise, she said:

“I rehearsed everyday and asked questions from guys around me, and of course, my director, Agatha Amata was awesome! I am one of my biggest critics. Funny enough, watching the movie I felt I did not do enough so I don’t really think I killed it. I will leave that for viewers to judge.”