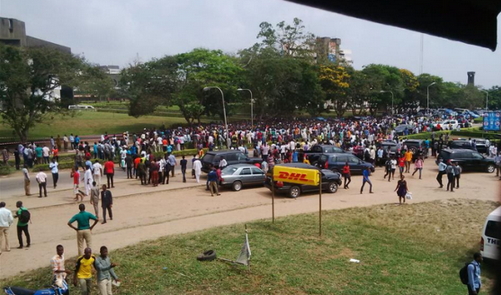 This was the outcome of an emergency Senate meeting held on Sunday.

According to the public relations officer of the school, Mr Abiodun Olanrewaju, the students are to go home and rest.

According to him, the indefinite mid- semester break for students has nothing to do with the on-going strike by the Non Academic Staff Union (NASU), OAU chapter which has shut down the school.

Members of NASU, are currently at loggers-head with the school management over their unpaid 64 months arrears and have shut down provision of essential services on campus since last week’s wednesday.

According to a source, the management took the decision at the senate meeting because of information that the strike might get intense from Monday as NASU members from all other universities will be storming OAU as early as 6am to solidarise with their OAU counterpart.

“There is also a possibility of police getting drafted into campus anytime soon,so as to prevent total breakdown of law and order on campus,” the source said.