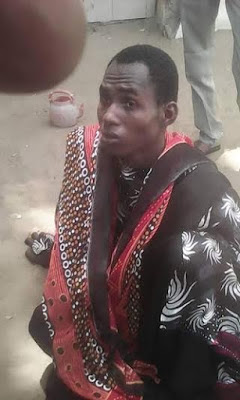 Chadian soldiers have arrested a suicide bomber dressed as a woman very close to the market where Boko Haram killed 14 traders on Saturday.

This innocent-looking monster was arrested yesterday as he tries to sneak out of the scene of the suicide bombing attack that killed several innocent people.

Chad has experienced a huge influx of Boko Haram fighters dressed as women.