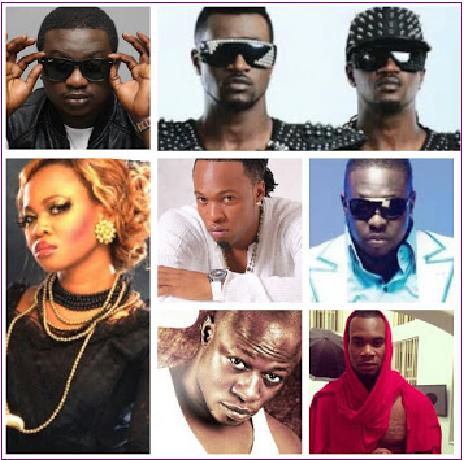 The Nigerian National Broadcasting Commission, a regulatory body owned by the Federal Government of Nigeria that monitors the broadcasting industry has dropped a bombshell on top Nigerian entertainers. naijagists.com 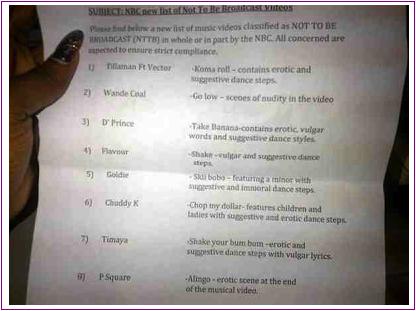 Effective immediately the following list of videos will seize airing on all TV stations in Nigeria.

Keep in mind that NBC don’t just ban videos from airing, they must have received several complaints from concerned viewers.