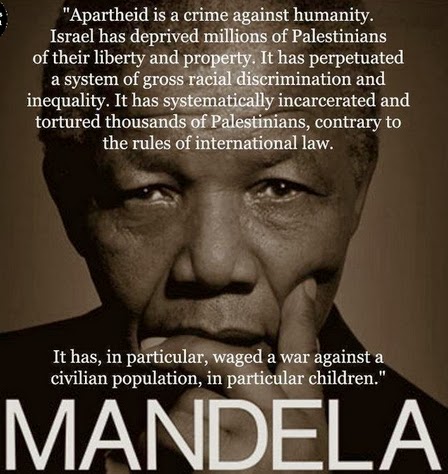 Though he is gone, his legacy lives on.

Below are some collection of freedom quotes by Nelson Mandela.

These inspirational quotes were written during his days as a freedom fighter.

This was released as his 1st court statement back in 1962.

“I hate race discrimination most intensely and in all its manifestations. I have fought it all during my life; I fight it now, and will do so until the end of my days. Even although I now happen to be tried by one whose opinion I hold in high esteem, I detest most violently the set-up that surrounds me here. It makes me feel that I am a black man in a white man’s court. This should not be”

“We are not anti-white, we are against white supremacy … we have condemned racialism no matter by whom it is professed. ”

“In Natal, apartheid is a deadly cancer in our midst, setting house against house, and eating away at the precious ties that bound us together. This strife among ourselves wastes our energy and destroys our unity. My message to those of you involved in this battle of brother against brother is this: take your guns, your knives, and your pangas, and throw them into the sea! Close down the death factories. End this war now! –

Taken from his defence statement during the Rivonia trial in 1964

Mandela’s Quote on Service To Humanity

Written on the 1st day of his release in Cape Town back in 1990.

“I stand here before you not as a prophet but as a humble servant of you, the people. Your tireless and heroic sacrifices have made it possible for me to be here today. I therefore place the remaining years of my life in your hands.”

“Never, never and never again shall it be that this beautiful land will again experience the oppression of one by another and suffer the indignity of being the skunk of the world”

“I watched, along with all of you, as the tens of thousands of our people stood patiently in long queues for many hours. Some sleeping on the open ground overnight waiting to cast this momentous vote. ”

“This is one of the most important moments in the life of our country. I stand here before you filled with deep pride and joy: — pride in the ordinary, humble people of this country. You have shown such a calm, patient determination to reclaim this country as your own, – and joy that we can loudly proclaim from the rooftops — free at last! ”

“I was called a terrorist yesterday, but when I came out of jail, many people embraced me, including my enemies, and that is what I normally tell other people who say those who are struggling for liberation in their country are terrorists. I tell them that I was also a terrorist yesterday, but, today, I am admired by the very people who said I was one.” – Larry King Live, 16 May 2000

“You may succeed in delaying, but never in preventing the transition of South Africa to a democracy. – Long Walk to Freedom”

“The authorities liked to say that we received a balanced diet; it was indeed balanced — between the unpalatable and the inedible. -Long Walk to Freedom.”

“South Africans have no concept of time and this is also why we can’t solve poverty and social problems… It’s now 10 years since the fall of the Apartheid government and we cannot blame Apartheid for being tardy.”

“I have walked that long road to freedom. I have tried not to falter; I have made missteps along the way. But I have discovered the secret that after climbing a great hill, one only finds that there are many more hills to climb. I have taken a moment here to rest, to steal a view of the glorious vista that surrounds me, to look back on the distance I have come. But I can rest only for a moment, for with freedom comes responsibilities, and I dare not linger, for my long walk is not yet ended.”

“I always knew that someday I would once again feel the grass under my feet and walk in the sunshine as a free man. – Long Walk to Freedom””When I walked out of prison, that was my mission, to liberate the oppressed and the oppressor both”

“For to be free is not merely to cast off one’s chains, but to live in a way that respects and enhances the freedom of others.” – Long Walk to Freedom.”

“There is no easy walk to freedom anywhere, and many of us will have to pass through the valley of the shadow of death again and again before we reach the mountaintop of our desires. “- Long Walk to Freedom

“We dedicate this day to all the heroes and heroines in this country and the rest of the world who sacrificed in many ways and surrendered their lives so that we could be free.

“No one truly knows a nation until one has been inside its jails.

“Lead from the back – and let others believe they are in front.”

“A nation should not be judged by how it treats its highest citizens but its lowest ones.”

Nelson Mandela’s Quotes On Africa
“We owe it to all the peoples of the sub-continent to ensure that they see in us, not merely good leaders waxing lyrical about development, but as the front commanders in the blast furnaces of labour, productive investments and visible change.” Southern African Development Community (SADC) 15th anniversary summit, Johannesburg 13 September 1995

“I am the product of Africa and her long-cherished view of rebirth that can now be realised so that all of her children may play in the sun.” – Nelson Mandela’s final speech as president to the South African parliament, Cape Town 26 March 1999

“What I am condemning is that one power, with a president [George W. Bush] who has no foresight, who cannot think properly, is now wanting to plunge the world into a holocaust.”

“I am fundamentally an optimist. Whether that comes from nature or nurture, I cannot say. Part of being optimistic is keeping one’s head pointed toward the sun, one’s feet moving forward. There were many dark moments when my faith in humanity was sorely tested, but I would not and could not give myself up to despair. That way lays defeat and death.”

“Few things make the life of a parent more rewarding and sweet as successful children.”

“Our children are our greatest treasure. They are our future. Those who abuse them tear at the fabric of our society and weaken our nation.” – National Men‘s March, 1997

“The greatest glory in living lies not in never falling, but in rising every time we fall. “
Nelson Mandela’s Quote On Fear

“The brave man is not he who does not feel afraid, but he who conquers that fear.” – Long Walk to Freedom.

“No one is born hating another person because of the colour of his skin, or his background, or his religion. People must learn to hate, and if they can learn to hate, they can be taught to love, for love comes more naturally to the human heart than its opposite.” – Long Walk to Freedom.