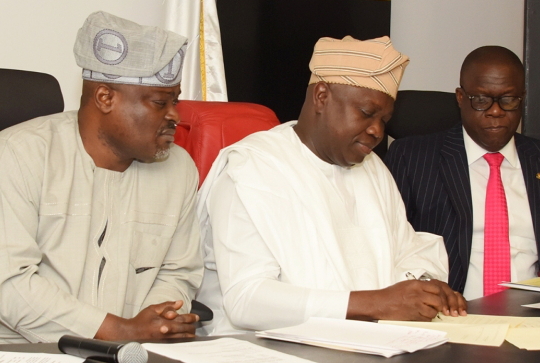 A new bill  that prescribes death sentence to convicted kidnappers whose victims die in their custody has been passed by the Lagos State House of Assembly.

The bill approved today will also hand life sentence to kidnappers whose victims didn’t die in their custody.

It was sponsored by Lagos State House of Assembly Speaker Hon Obasa Mudashiru.

Hope this will stop the incessant kidnappings in Lagos and its environs.