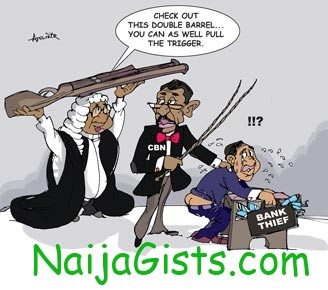 May 30, 2012 – New States Creation In Nigeria: An Unnecessary Enterprise

According to members of the National Assembly who spoke with an NGO organization yesterday, the request for the creation of more states in Nigeria will soon be actualized. naijagists.com

They further disclose the creation of new Nigerian states will bring all the Geo-political zones at par in respect to number of states.

The above breakdown will bring the total number of states in Nigeria to 42.

Is Creation Of More States The Solution To Nigeria’s Problem ?

These requests are coming at a time when most of the existing 36 states are largely nonviable, which makes many of them go to the centre, cap-in-hand, every month seeking federal largesse before they can do anything meaningful.

The requests are equally coming at a time many Nigerians frown at the unusually high cost of governance as a result of which they are angling for part-time legislature to make the several billions currently being expended on full-time legislature available for some otherwise worthwhile and beneficial ventures for the citizenry.

Today, Nigeria has the unenviable record of running one of the most expensive democracies in the world as a result of which the constituency allowance of a member of the House of Representatives alone (at N136 million/annum) is more than the entire N91.04 million annual emoluments of the American president.

The truth of the matter is that Nigeria spends too much on its governments and their unwieldy streams of officials, leaving little to spend on actual governance as result of which the populace is constantly short-changed and impoverished.

From good governance and fiscal responsibility point of view, there is absolutely no need for Nigeria to create more states as this will only bloat the cost of  governance/administration and provide additional outlets for corruption to fester. If the demands are met, every minority group, and indeed every household, will demand for a state and there will be no end to it.

Besides, the money that should be spent in rebuilding schools, improving healthcare and fighting diseases and building infrastructure will be frittered on the cost of administration.

In plain language, there is no need for more states now as this will further deplete the treasury and/or thin out the country’s resources to the extent that no meaningful development would be seen anywhere in the country. The whole idea of state creation should be jettisoned forthwith.