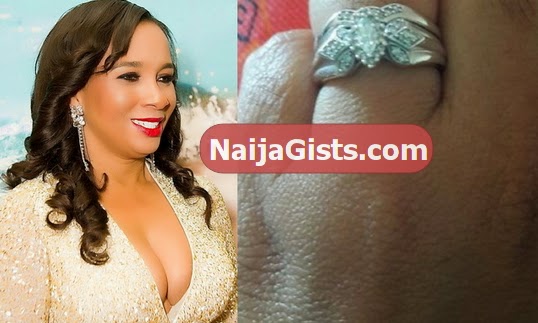 The President of Actors Guild of Nigeria, Ibinabo is present enjoying every day of her life since her engagement was announced few weeks ago.

According to information from reliable Nollywood sources, Ibinabo F engagement ring costs a whopping $3000, close to 0.5million naira and was custom made for her.

Sources disclosed that the engagement ring was made with 12 princess-cut diamonds weighing approximately 3/4 ct. tw aligned neatly on its 14K white gold band.

At a recent event that held in Lagos state, the mother of five refused to disclose the identity of her new man to friends and colleagues.

Maintaining that her man’s identity would be revealed shortly before or during their wedding scheduled for later this year, Ibinabo told friends she’s yet to recover from the wedding proposal.

See another photos of Ibinabo Fiberesima’s engagement ring below 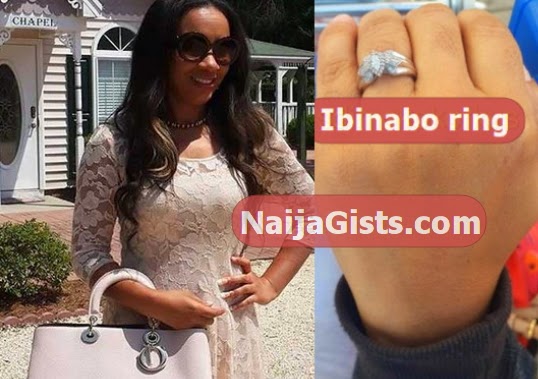