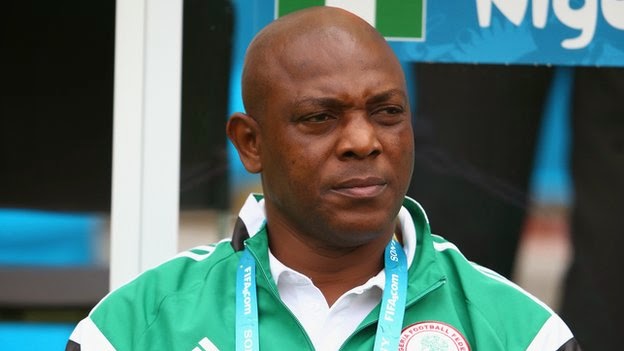 It would be recalled that on 19 April, Amaju Pinnick, President of Nigeria Football Federation, moved to clear doubts that the former Eagles captain will be offered a new deal.

Pinnick said the federation was deceiving Keshi with a new contract that would never be signed, urging Nigerians to do away with such rumour.

“I am shocked at these insinuations because the NFF Executive Committee gave the go-ahead for a new contract with Keshi at its meeting in Uyo last month, and Keshi and his lawyers have looked at the contract agreement and are satisfied with every word in the final draft.

“As a Federation, we have gone ahead to arrange some refresher programmes for Keshi, at nobody’s prodding, and which are meant to enhance Keshi’s knowledge and improve the man’s capacity as a world-class strategist. We woud not be doing that if we are not ready to work with him. No one is forcing Keshi on us.

We have sat down with him and he has agreed to all terms that we put down and he is ready to work to lift the Super Eagles back to glorious days.”