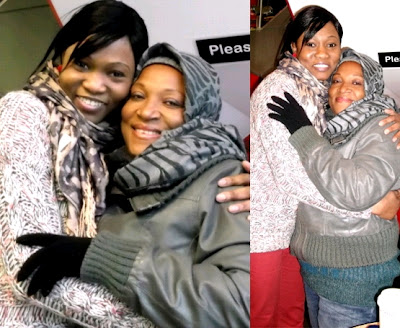 Nollywood actress Ngozi Nwosu who travelled to the UK few weeks ago for kidney and heart related surgery has been released.

The doctors at a private hospital where Ngozi Nwosu has been receiving treatment for a while have discharged her.

Though she is currently under doctors watch, sources around her say the actress is doing very well after the surgery.

Few hours ago the actress was spotted hanging out with the publisher of Tkbesh International Magazine, Mrs Tokunbo Adebesin.

Her treatment was sponsored by the Government of Lagos state and some private donors.