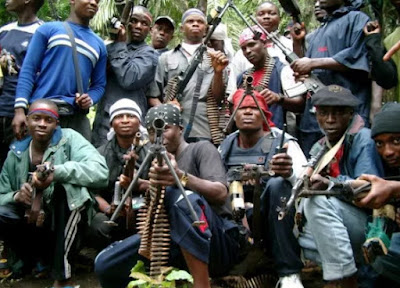 The new militant group in the Niger Delta that has been wreaking havoc on oil facilities, Niger Delta Avengers, Thursday, blew up the main gas pipeline, which provides electricity to the Escravos tank farms in Delta state.

The pipelines belong to Chevron.

In a tweet sent via its Twitter handle,@NDAvengers, the militant group confirmed that the latest attack on oil facilities was prompted by Chevron’s refusal to fix a major crude pipeline blown up by the group earlier.

Also affirming the attack, Eric Omare, spokesman for the Ijaw Youth Council, wrote on Twitter that, “The attack truly happened.”

Resident Zebo Austin, who lives nearby, also confirmed there had been an explosion.

“We heard a loud blast at the Abiteye to Escravos crude pipeline which was blown up last night by yet-to-be identified militant group,” he told Reuters.

There was no immediate confirmation of the attack from Chevron.
The Avengers, who say they are fighting for a greater share of oil profits, an end to pollution and independence for the southern region, have told oil firms to leave the Delta before the end of the month.

The federal government has responded by moving in army reinforcements but British Foreign Minister Philip Hammond said this month President Muhammadu Buhari needed to deal with the root causes of the conflict.

Crude oil sales from the Delta account for 70 percent of national income in Africa’s biggest economy but residents, some of whom sympathise with the militants, have long complained of poverty.

Buhari has extended an amnesty deal signed with militants in 2009 that stepped up funding for the region. But he has cut funding for the amnesty programme and cancelled contracts with former militants to protect the pipelines they used to attack